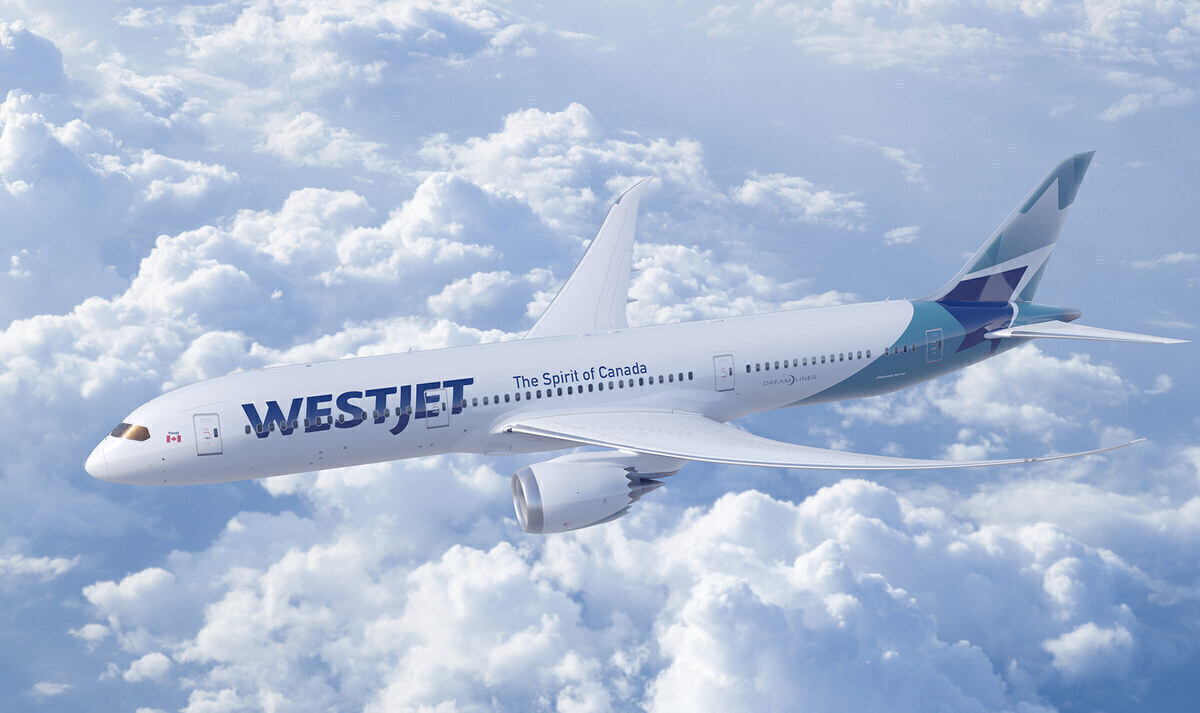 Over 500 WestJet employees have unionized, joining the Canadian general trade union known as Unifor. Unifor is the largest private-sector union in Canada, with more than 315,000 members across the country. So what does this mean for WestJet?

The airline employees who have unionized are airport agents from Calgary and Vancouver. Photo: WestJet

In what Unifor calls “a major victory,” 531 WestJet airport agents (including baggage handlers) in Calgary and Vancouver have unionized, joining Unifor

“Today these workers have gained a voice in their workplace during a challenging time in their industry. WestJet workers are dedicated employees who have a great deal to offer as the airline moves forward,” -Jerry Dias, National President, Unifor

Dias highlights the sale of the airline two years ago (away from a publicly-traded company) and the impact of the global health crisis as reasons why workers ‘need a voice’ in the form of a union.

Unifor filed an application with Canada’s Industrial Relations Board on April 12th, 2021, to certify Unifor as the union for 320 airport agents in Calgary and 211 in Vancouver, including those currently employed and those laid off due to COVID-19.

The Industrial Relations Board certified the union as the ‘sole bargaining agent’ for the workers on May 20th, after declaring that more than half the workers at the two locations had signed membership cards. 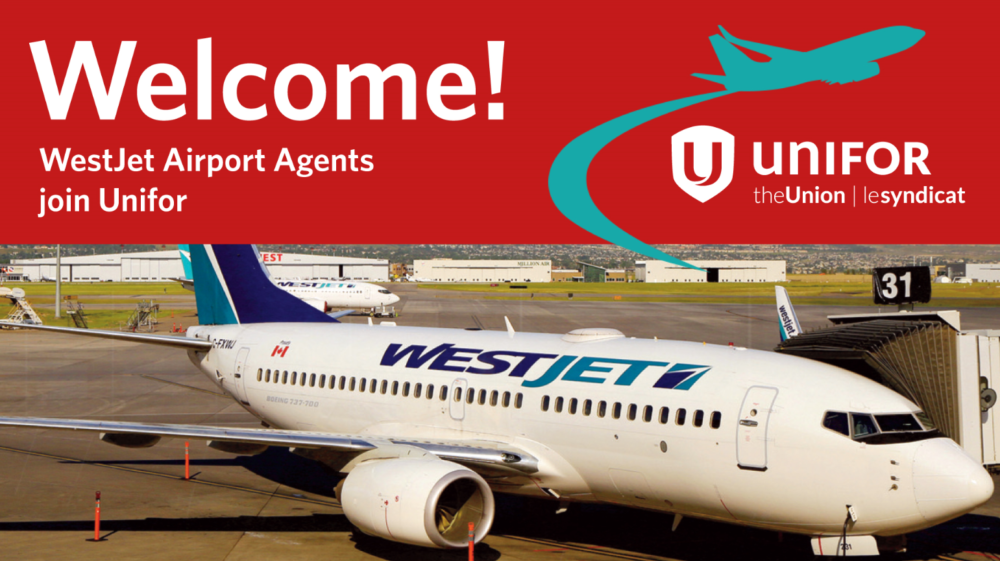 The 531 workers from WestJet will join over 300,000 workers represented by the Unifor union. Photo: Unifor

“I am proud to work at WestJet, and proud to now be a member of Unifor. WestJet grew as a company where workers were heard, and Unifor will help make sure that continue,” – Sherwin Antonio, WestJet Calgary Customer Service Agent via statement.

The union’s reach across Canada

Known as the largest private-sector union in Canada, Unifor also represents 7,500 airport agents at other airlines across the country. These include Jazz, Porter, First Air, Calm Air, and more.

According to a statement issued by Unifor, the union says that it advocates for “all working people and their rights, fights for equality and social justice in Canada and abroad, and strives to create progressive change for a better future.” 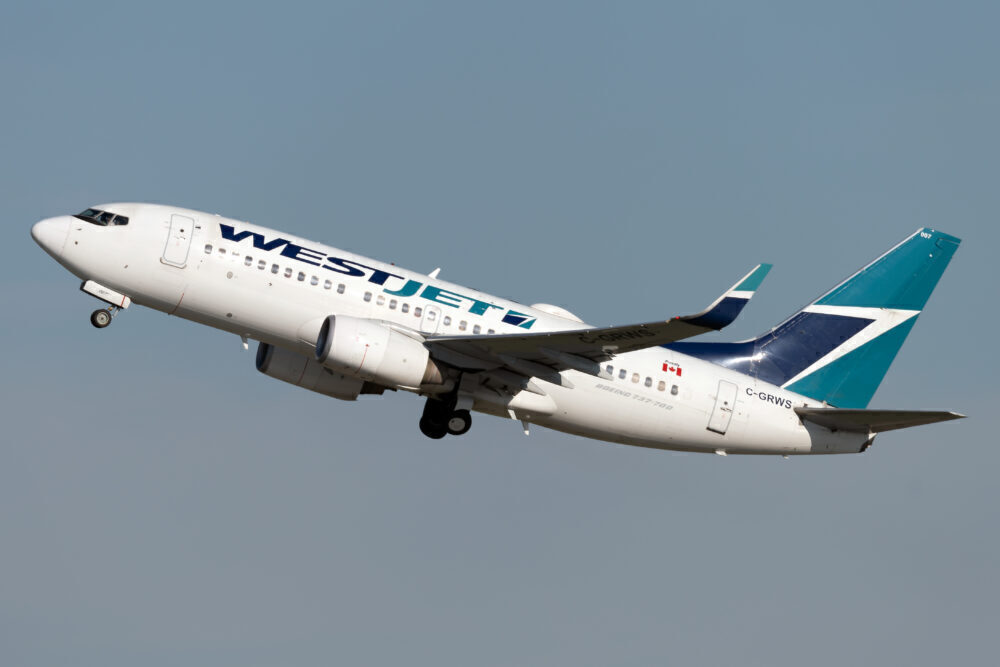 What does it mean to unionize?

For those unfamiliar with the concept, a union at its most basic concept is an organization of workers that collectively come together to negotiate satisfactory pay and work conditions. Unions may also have the resources to accompany members in workplace disputes and grievances and provide members with legal and financial advice.

For most of the traveling public, the most common encounter with a union will be in the form of job action (which can include strikes). This might see workers walk off the job in protest, signaling to management that something needs to change. This typically results in flight delays and cancelations.

With air travel, this is experienced from time to time. Recent job actions include: 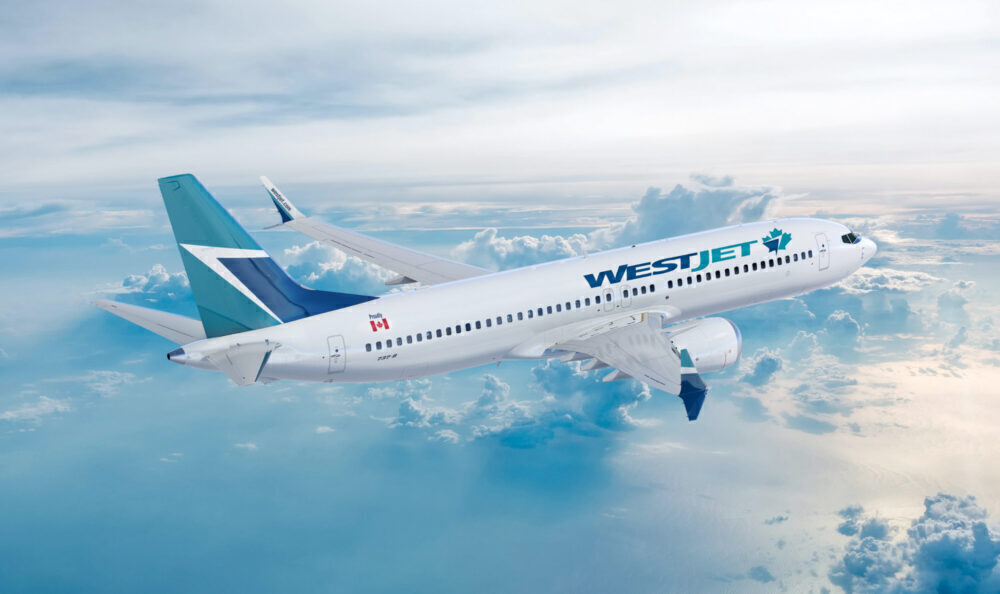 Some WestJet pilots are members of the Air Line Pilots Association (ALPA) in Canada. Photo: WestJet

A strike by one union may have a larger impact than just that particular group’s operations. Indeed, it is seen as bad practice for unionized workers to cross the picket line of any other union.

This was one reason Vancouver hotel workers targetted unionized Lufthansa flight crews as part of their protests. In this particular instance, however, Lufthansa crews have repeatedly gone past the picket lines to their assigned hotel accommodations.

What is your opinion on unions? Are they necessary to ensure workers are treated fairly? Or do they make companies less competitive and hurt competition? Let us know where you stand by leaving a comment.