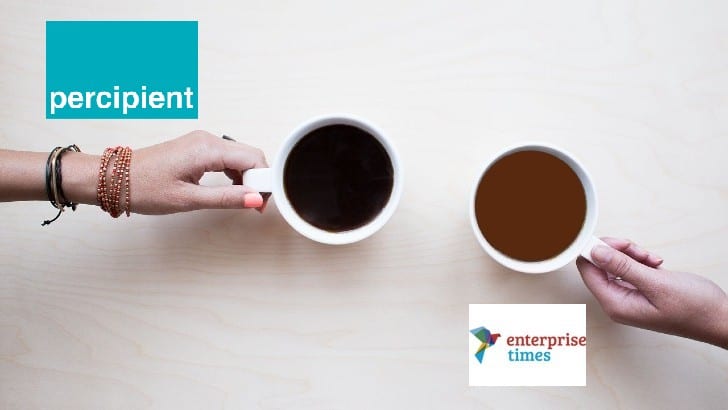 Chris Stock is the founder and CEO of Percipient, a Sage X3 and Sage Intacct Partner. It was one of the UK launch partners for Sage Intacct. Enterprise Times spoke with him about his company, Sage Intacct and Sage X3. He first explained a little about Percipient.

“We often describe ourselves as the bridge between business software and success for our customers. Percipient has now got over 18 years of experience implementing ERP or business management software solutions across a range of industries.

“Our focus tends to be the customer. Assuring them that at the moment we engage with them, our focus is making sure we can deliver best of breed software around their pain points and challenges. Then back to the reasons why we originally formed Percipient, it’s making sure that we maintain that key relationship with the customers. So their journey with the software, we make sure that they evolve, and we continue to support them.” 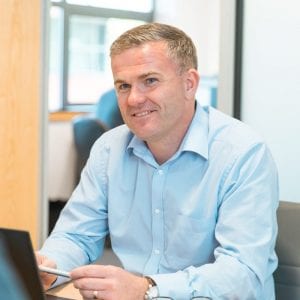 Where does Percipient operate?

“UK and Ireland. We have done work with customers in Europe and around the world, but it tends to be if it’s a UK customer with a site in that country, whatever that country may be. Then either we’ll do the work or partner with another partner in one of those countries? Over the years, we have done quite a lot of pan-European implementations.”

Could you give a state of the nation update for Percipient?

“In terms of ownership, I have 80% of the shares, and we have two long-standing employees who have the remaining shares. There are currently 26 permanent employees within Percipient, perhaps the highest we’ve ever had. Turnover in 2020 was £2.6 million, 2019 was £2.8 million. Last year dipped; we expected it to because we made the switch with Sage from on-premise licence revenue to SaaS revenue. 2018 was £2 million, so good growth from that perspective. We’ve been a Sage partner since 2013. We’ve got 40-50 customers now across X3 and Intacct. We have got consultants based all around the UK, but our main base and HQ is here in Cheshire.”

Why did you decide to become a launch partner for Sage Intact?

“We wanted a true, best in class SaaS offering to add to our portfolio. We recognised that it was something we could start building a solid annuity revenue around. Something that would complement X3 in the verticals that we worked with already. We were one of four partners who chose to work with Intact.

“It wasn’t an off the cuff decision. We looked at it quite hard. We looked at the success that Intact had had in the US. It’s got certain accreditations over there. We spoke to some partners about their journey and their experience of Intact. We looked at the onboarding process. That’s where it was quite strong and powerful. The whole onboarding process, I’ve got experience of different vendors. It was world-class. There was a clear pathway to see how you could get consultant certified, get the support you need from Sage, get new people onboarded as well if you need to, and then quickly, working on projects.

“In summary, I’ve been doing this within Percipient for 18 years. From myself down, our directors, across sales, pre-sales operations, have never seen a product or an offering that’s truly captivated and excited the whole team so much as Sage Intact did. When we sat down and looked at it, it made sense. Obviously, there were risks in being one of those first partners; Sage mitigated some of those risks and helped us. If I look back, it was the right decision to make.”

There have not been many win announcements around Sage Intacct wins, and Sage does not share many details about the progress of different products within regions. How is that engagement progressing?

“It’s funny, actually that was something that was flagged a while ago. I think there are 50 plus sites sold now in the UK, across channel and direct. Only now are you starting to see some of the success stories come out of that. That’s perhaps where Sages recognise that’s where they are not great in blowing their own trumpet if you like.

The stories are there; they’re starting to come out now. We published some of our own. We’ve got ten sites now. Hastings Hotel came out last week. We’re always quite good at making sure that we get them out there as quickly as we can. You don’t want to do one a month after go-live because sometimes the benefits have not started to come to fruition, and you want to make sure it is a decent story.”

Percipient has a clear nine-week deployment methodology, the key to which, according to Stock is “Ensuring when we go into an engagement with a customer, we do a lot of the scoping upfront on contract signing.”

The customer has their responsibilities, and if they commit the resources and time, then nine weeks is hit. If they can’t meet their obligations, an implementation may slip a few weeks.

At launch, Percipient focused mainly on hospitality. That industry has suffered through the pandemic though some have chosen to invest in technology, such as the Hastings Group. What is your focus now?

“Our initial business case was focused on hospitality. Obviously, no one predicted or saw COVID coming, at least not mid to end of 2019 when we were planning all this out, and hospitality has been one of the hardest-hit areas. But still, customers are buying into it and still investing in technology. We’ve got five hotel chains now. We’ve also sold to leisure, not for profit, professional services and healthcare.

“I think professional services will be a strong area for the next 12 months. Growing tech companies similar to perhaps ourselves in some respects. The project module is very, very good within Sage Intact. We’ve had some traction in non-profit as well.”

How has your approach to marketing and sales evolved during the pandemic?

“From a marketing perspective, initially we tailed off and focused very much around supporting businesses, supporting people etc. All we’ve tried to do is continue to get our success stories out there. People can then see what other companies are doing. We’ve run some webinars.

“We attended HOSPACE. That was all virtual. To be honest, from a lead perspective, it was just as good as it would have been if it had been face-to-face. Because if you’re at a stand, sometimes people don’t want to approach you. If it’s all virtual, they can go there and have a look without you being all over them or seeing two or three salespeople ready to jump on them. We had pieces of literature, reference stories from customers, there’s a video, they could easily go online and click and look at the product. We got a lot of hits on that and that worked really, really well.”

How is the Sage X3 business going?

“Yeah, very well. Sage is growth for us. In the last 12 months, we have taken on two of our biggest ever Sage x3 projects, multi-site and one is multi-country. The team is growing and the busiest it’s ever been. We’ve taken on two customers who have been supported elsewhere (by other Sage partners) who’ve moved across to Percipient.”

How much of Sage X3 is cloud-based

“X3 is more of a complex offering. One or two in five, two years ago, were going cloud, now I’d say it’s three or four in five are going to the cloud.”

What you hope to achieve in the next in during the rest of 2021.

“From a Sage perspective, it’s continuing to grow our cloud business. New customer acquisition, and we’ve got some of the third party offerings to our customers, as well. Continue to build a team. I’m very proud of the people out here at Percipient, I’m a big believer that if you look at your people, they’ll look after your customers. I’m not central to what we do here day-to-day. If I was then the business will never grow, and that’s always been our focus.

“Aside from the business and the sales side of things, making sure we’re there to support our colleagues and customers as we come out of the pandemic as well. As lockdown ends, getting people, or not, back into the office. There are all those things to look at. We are starting to get asked by customers now, ‘when are you ready to come back on site’. So just making sure that we do the right thing by colleagues and customers in that area as well.”

What are your challenges?

“Perhaps not a challenge but an observation. A business is only good as the people you employ. We always make sure in every recruit that we believe they’re going to fit into it the way we do things in our ethos. If we don’t, we will keep looking. We’d never take on someone, just for the sake of it.

“Challenge. Will the marketplace remain predictable post COVID? Will it be that spending dip, like hospitality. Are people spent now, will they be spending in six months again. Ultimately, just continuing to find opportunity. We’ve got quite aggressive growth targets that we want to hit. We need to make sure we continue to reach our target customers and get our message out there. Partly we can do that, and it’s partly working with Sage as well.”