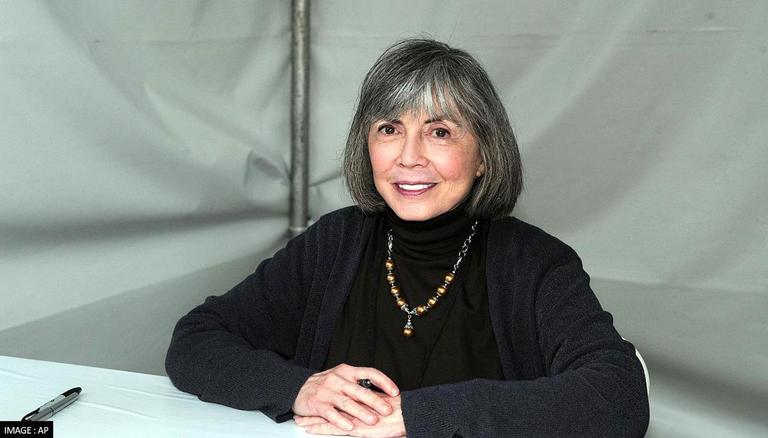 American gothic-fiction writer Anne Rice, best known for The Vampire Chronicles novel series, passed away at the age of 80 on Saturday, December 11.

Sharing the news of her demise on social media, her son, Christopher Rice, wrote, “Dearest People of Page. This is Anne’s son Christopher and it breaks my heart to bring you this sad news. Earlier tonight, Anne passed away due to complications resulting from a stroke. She left us almost nineteen years to the day my father, her husband Stan, died. The immensity of our family’s grief cannot be overstated.”

A look at Anne’s best works

Interview with the Vampire

Anne Rice’s debut novel, published in 1976, Interview with the Vampire revolves around a vampire named Louis de Pointe du Lac, who narrates the story of his life to a reporter. The novel was written shortly after the death of Anne’s young daughter, Michelle, who was reportedly an inspiration for the character of Claudia – a child vampire – in the novel.

Anne Rice’s Pandora gives readers a glimpse into the lives of vampires, who much like the legendary Tithonus, are depressed because of their long lives. The plot in the novel creates a conflict with vampires who are evil and plan the destruction of mankind.

Released on 15 October 1997, Violin revolves around two characters– Triana, a  widow, and Stefan, a ghost. The plot revolves around Stefan guiding Triana through different times and moments in the book. The story takes a turn when Triana finds out that she has time travelled to the 1800s in Vienna. The story follows her on a roller coaster ride thereafter.

Christ the Lord: Out of Egypt

Published in November 2005, Christ the Lord: Out of Egypt was the inspiration for the 2016 American drama film, The Young Messiah. The book revolves around the life of Jesus Christ for a year and remains one of Anne’s best-reviewed novels. Unlike other books, Christ the Lord: Out of Egypt, is not a horror story and was reportedly written after Rice returned to the Catholic Church in 1998

Published in 1990, The Witching Hour follows the story of Rowan Mayfair, a successful Californian doctor who discovers that he has psychic powers, which is both a boon as well as a curse for him and can harm and heal at the same time.