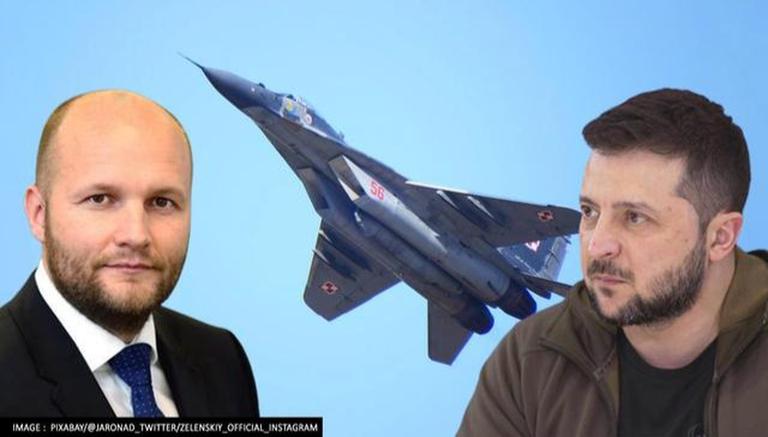 As the Russian troops are continuously bombarding significant regions of Ukraine, the embattled ex-Soviet state is now planning to purchase advanced weaponry from Slovakia. According to various media reports, the Slovak administration is dealing with the war-torn country on the supply of Zuzana self-propelled artillery and MiG-29 fighters. Notably, Zuzana Howitzers is an artillery system which is developed by the Slovan defence ministry. It has a 45-calibre gun and automatic loader for loading of both projectile and charge. “Bratislava and Kyiv are discussing the details of a contract for the sale of 16 155-mm Zuzana self-propelled artillery mounts,” Interfax reported citing Slovakian defence ministry officials.

While explaining the details of the lethal weapon, the officials stated that Zuzana can strike a target at a distance of up to 40 km. Besides, it has self-propelled artillery mounts that have an automatic reloading facility. The officials further noted the automated reloading facility increases the firing ability— “can fire at least five rounds of ammunition within a minute.” “The introduction of these sets into service will not be a big problem for Ukrainians, since a few years ago Ukraine purchased 26 152-mm DANA M2 self-propelled howitzers from the Czech Republic,” reported Slovak publication Niezalezna.

“The Zuzana sets themselves are simply a modernized version of the DANA artillery system, adapted, among other things, according to NATO standards. Other users of the Zuzana and DANA systems are, in particular, Georgia, Poland and the Czech Republic,” the publication added. It is worth mentioning that Ukrainian President Volodymyr Zelenskyy, on multiple occasions, demanded advanced weapons from NATO, the EU and the West. Though all of them claimed to supply lethal weapons to Ukraine, Zelenskyy complained that the supply was not enough to deal with the Russian aggression.

Despite constraints on defence equipment, Moscow has lost an estimated 19,300 troops and more than 700 war tanks ever since the onset of the invasion, according to the data shared by Ukrainian Army’s General Staff on its social media account. Though the data was not independently verified by Republic Media Network, Kremlin spokesperson Dmitry Peskov has admitted to bearing a significant loss on the ground. Speaking to Sky News on Thursday, Peskov termed the Russian troops’ casualties “a huge tragedy.” “We have significant losses of troops. It’s a huge tragedy for us,” he said. Furthermore, the Kremlin spokesperson noted that he sees no possibility of Russian President Vladimir Putin ending up in a war crime case.