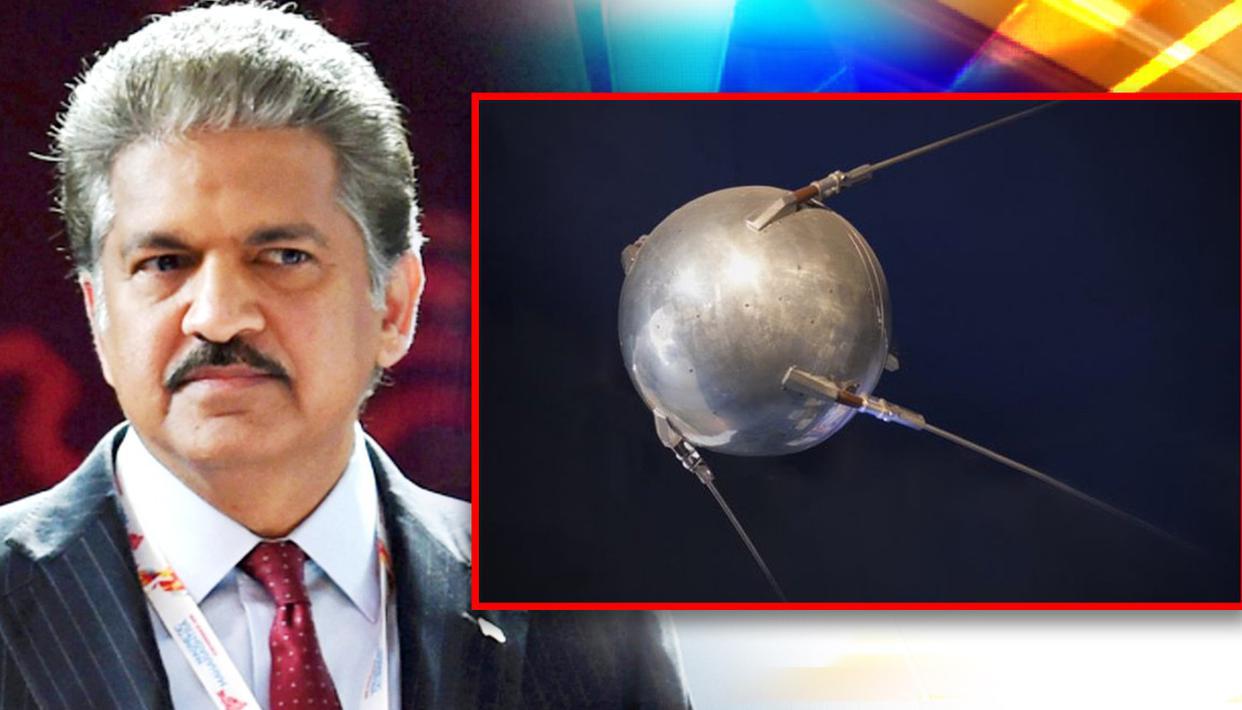 Indian business tycoon Anand Mahindra is known for his quirky Twitter posts. From sharing memes to commenting upon lockdown trends, the 65-year-old has kept all his followers entertained ever since the pandemic hit. Continuing the trend, he recently shared an intriguing photograph, which he claimed no millennial could identify.

Shared earlier this week, the photograph features an enigmatic metallic object moving against a black background. The silver-coloured object consists of a round object in the centre along with three pipes-like extensions. “What is this ‘thing’?,’ Mahindra asked in the caption. Further, he wrote that “the thing” in the picture is something no millennials can identify but all know its name.

His post created a stir on the internet prompting netizens to take a guess at the object. Many made incorrect guesses, an overwhelming number of people guessed it correctly to be the earth’s first artificial satellite in space-Sputnik I. The man-made satellite was launched into an elliptical low Earth orbit by the USSR on October 4, 1957 as part of the Soviet Space Program. Not only was its launch a high milestone for the Soviet Union but also marked the beginning of what is today known as the Space Age.

It is Sputnik, and a very nice movie was made based on true story of a boy who got so curious watching the satellite in the night sky that he learnt rocket science and joined NASA.

Sputnik, or Спутник in Russian, (“satellite”)It was basically just a polished metal sphere 58 cm (23 in.) across, with 4 distinct antennae. It did little more than emit a series of radio signals & hd no sensors.
October 4,Circa 1957
& everything changed.
D Space Race is on

First satellite launched, Sputnik, by USSR. It kept sending beeps and any Radio receiver across globe could pick.
And now, Russia has launched Sputnik V vaccine. Hope it reaches everyone and keeps their beeps intact!!

Meanwhile, in a separate humanitarian venture, Mahindra launched the ‘Oxygen on Wheels’ project to ease the transportation of oxygen from producing plants to hospitals and homes. “Today, Oxygen is the key to reducing mortality. The problem is not of oxygen production but its transportation from producing plants to hospitals and homes. We’re attempting to bridge this gap with ‘Oxygen on Wheels’ a project implemented via Mahindra Logistics,” tweeted Anand Mahindra.

He said that the “Oxygen on Wheels” uses trucks in local shuttle routes to connect oxygen producers with hospitals and homes. An operations control Centre has been established and the storage location is replenished from the local refilling plant. A direct-to-consumer model is being conceived. Mahindra said he had a commitment to Chief Minister Uddhav Thackeray to help in tackling the issue of oxygen shortage in the state.