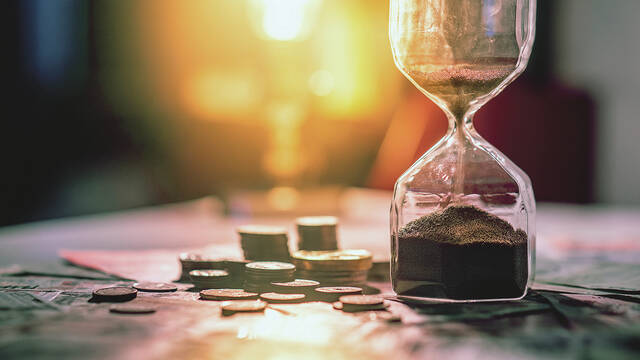 Those cheesy TV infomercials promising “three easy payments of $19.99” were quite ahead of their time. Though calling a toll-free number to buy as-seen-on-TV items is no longer in style, the idea of paying in installments remains popular thanks to a booming marketplace of buy now, pay later services.

With companies like Affirm and Klarna, and credit card issuers like Chase and Citi, you now have a variety of ways to divide up the cost of large purchases. Of course, there are rules and limitations — some buy-now-pay-later services partner with specific merchants, while credit card companies require you to carry one of their cards to participate.

But limitations haven’t stopped it from becoming a trend. In June, Competiscan, a company that tracks and analyzes direct marketing activity, noted a 530% increase in buy-now-pay-later email marketing campaigns in the past year, with 28% of retail emails mentioning buy-now-pay-later in the first quarter of 2021.

Buy-now-pay-later is still a form of debt, though. If you’re debt-averse and would rather save up for major purchases and pay for them in full, that is indeed an excellent tactic. But debt isn’t inherently evil. It’s merely a financial tool that can make major purchases more manageable. As with any financial tool, it’s all about how you wield it. Here are some ways to use buy-now-pay-later thoughtfully.

Andrew Gold, a financial advisor at Prestige Wealth Management, has used buy-now-pay-later services to finance large purchases, including travel bookings, business purchases and a new mattress. As someone who frequently discusses spending with clients, he recommends considering buy-now-pay-later when you can afford to pay for something in full, but paying in installments would help you better manage your cash flow. Before you choose a payment plan, review what you have in your bank account and how much money you earn each month, so you know you can afford the payments along with your other obligations.

“This is not for somebody that is complaining about never having money, or is always borrowing money from people,” he says. “This is for people who have consistent income, who are looking for ways to take advantage of some of the benefits and the convenience of breaking up a purchase over a few weeks.”

Yes, you can spring for the nice shampoo and split the purchase into four $6 payments, but just because you can, doesn’t mean you should. buy-now-pay-later services are helpful, but they also make it far too easy to impulse shop when your budget is tight. “We’re in a world of instant gratification,” Gold says. “There’s a ton of overindulgence and excess in everybody’s life.”

Before you make a major purchase, find out how you can get your money back if you return the item, it gets lost during shipping or it arrives damaged. What rights do you have if the merchant won’t refund your money?

If the merchant allows for refunds, you can get your money back. Affirm, Klarna and Afterpay will refund you in full, for example — though Affirm notes that if your plan includes interest payments, you won’t get that money back. Should you need to dispute a charge because the item is missing or damaged, your first step is to contact the merchant directly, much like you would if you paid with a credit card. In some cases, if the merchant grants you a store credit instead of a refund, you must still make payments on your installment plan.

Stay organized by using buy-now-pay-later for very specific purposes, like a series of purchases for one event. Alexandria Broward used buy-now-pay-later when she and her now-husband decided they wanted to elope in a month’s time.

With just three weekends to find a dress and sort out other logistics, Broward put some expenses on credit cards and used buy-now-pay-later for her outfit. She ordered several dresses and fronted a fraction of the cost, returning all but one and getting money back for those returns. Her tactic was to avoid putting the whole cost on credit cards. She also used buy-now-pay-later to divvy up the cost of her $400 wedding shoes.

“They really tied the dress together,” she says. “If I ever have a daughter, she’ll get those.”

“It was a great solution and service to have in my situation, given how last-minute everything was,” Broward says.