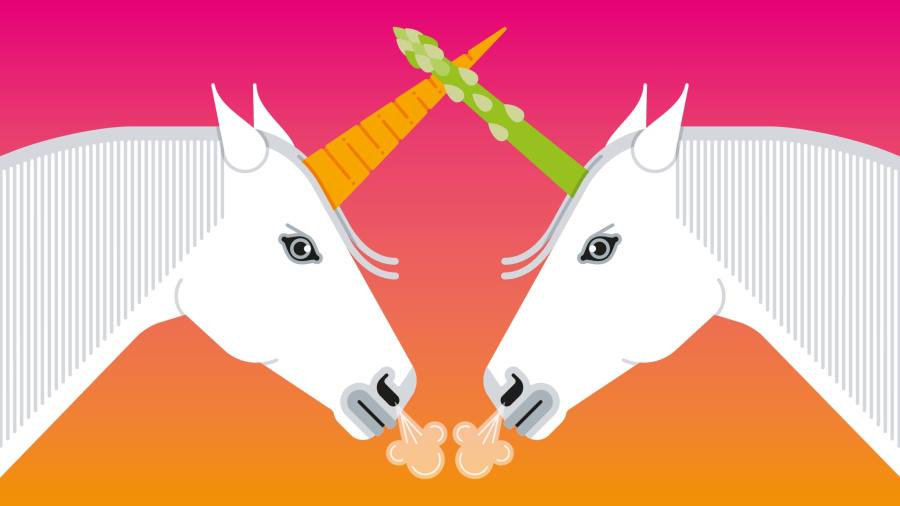 One of the few reassuring elements of normality throughout lockdown — in some places, at least — has been popping to the supermarket for a pint of milk, a fresh loaf and some ripe avocados. But at just the moment when millions of vaccinated consumers are rushing back to the shops in Europe, the UK and US, tech investors would much rather you stayed home.

Venture capitalists are so eager for you to use the new grocery delivery apps they have backed, that they will pay you not to go to the supermarket. After disrupting taxis, cinema-going and eating out, stay-at-home tech is now coming for grocery stores, with a promise of superlative logistics, instant gratification and — for now — generous discounts. App developers have declared war on the corner shop.

Investors have ploughed billions of dollars into on-demand grocery delivery services such as Instacart, Glovo, Getir and GoPuff since the start of the pandemic. The hottest new approach is to use “dark stores” — little local warehouses designed to serve people within a couple of miles’ radius — to stock a few thousand popular items which can then be delivered via electric bike in as little as 10 minutes.

In this category of rapid-delivery apps, investors say that the funding frenzy for these latest tech unicorns — start-ups valued at more than $1bn — is only just getting started. The concept was pioneered by GoPuff in Philadelphia (already worth $9bn) and Getir in Istanbul (last valued at $2.6bn) but copycats are proliferating fast in Berlin, London and New York.

It’s tempting to call them GoPuff and the seven dwarfs — Weezy, Fancy, Jiffy, Flink, Dija, Gorillas and Zapp (all real names of rapid-delivery services) — but there are already more than I can keep track of.

Branding, location and speed are essential ingredients for a rapid-delivery start-up. But as they multiply, the battle for customers is taking on an Uberish flavour. My iPhone’s home screen is filling up with freebies: first, it was a tenner from Gorillas; next, a £15 voucher from Getir; then Weezy offered me £40 if I placed two orders in a week. As new apps arrive in my London neighbourhood weekly, I could probably get a month’s worth of groceries brought to my doorstep for free.

Even veterans of the technique from the previous generation of food delivery apps are alarmed. With so much capital available for tech start-ups at the moment, “people don’t care that they lost $20m, $30m, $40m in vouchers or [that there are] services that lose [money] per order,” says Niklas Östberg, chief executive of Delivery Hero, one of the world’s largest restaurant delivery groups, which has opened more than 600 “dark stores” of its own across the Middle East and Asia.

Is flooding the market with vouchers sustainable, asks Östberg? “No. Is it a good way to get some attention? Maybe… Once you’re done with your vouchering, another [competitor] will come out and do vouchering again.”

After disrupting taxis, cinema-going and eating out, stay-at-home tech is now coming for grocery stores

After burning through billions of dollars during similar battles for customer acquisition and retention — first in ride-hailing, then in restaurant delivery and, most recently, in bike- and scooter-sharing — you might think that investors would be reticent to start pouring fuel on to yet another cash bonfire. That is doubly true when most of the rapid-delivery apps are too young to know what life looked like before Covid-19.

But when I ask venture capitalists why they haven’t learnt their lesson, they tend to gloss over Deliveroo’s lacklustre stock-market debut and point instead to Uber. After a rocky first few years as a public company, it is now worth about $100bn. Though it remains lossmaking, and many of its competitors went bust along the way, Uber’s survival — aided in large part by the success of its food‑delivery unit during the past year — only proves to Silicon Valley that there can be outsized rewards for the survivors.

The grocery app investors are betting billions that habits formed during the pandemic will endure, especially among young and affluent people who are becoming regular customers of GoPuff, Getir or Gorillas.

But having played the game so many times before, each cycle of over-investment burns out faster than the last. Multiple delivery unicorns will be born and then trampled by the herd in just a jiffy.

So enjoy Silicon Valley’s latest stimulus package while it lasts. Let a venture capitalist do your grocery run for a few weeks — and spend the surplus taking a cab to a restaurant or cinema instead.