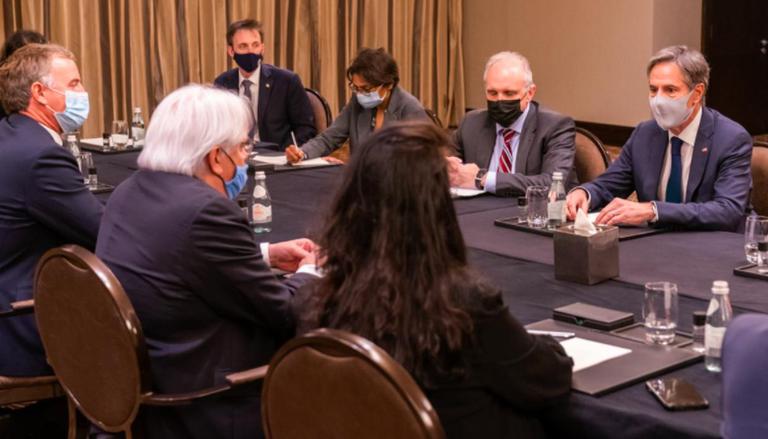 US Secretary of State Antony Blinken on Tuesday hailed the United Nations (UN) for its contributions during the foreign evacuation efforts of the Afghan allies and Americans from Kabul after the Taliban took control over the territory. Blinken stressed that the role of the UN has been extremely critical and important for rescuing and relocation operations in Afghanistan. Blinken took to social media after the meeting with his UN counterpart Under-Secretary-General Martin Griffiths on 7 September, Tuesday to hold discussions about the humanitarian catastrophe in Kabul. Griffiths reaffirmed the United Nations’ commitment to delivering all possible humanitarian aid to the people of Afghanistan amid the political crisis.

Furthermore, speaking to Embassy in Doha about the mission in Afghanistan, Secretary Blinken said that the US Al Udeid Military Airbase in Qatar was the first to receive evacuees from Afghanistan, as at least eight flights landed with 500 passengers on those first flights, for whom, a safe transit was facilitated. Throughout the entire course of the mission, more than 55,000 evacuees from Kabul were evacuated safely, US State Secretary informed, as he additionally thanked the allies and partners for “saving a life, changing a future.” “I’m incredibly grateful to all of you for coming together to do that,” Blinken said addressing a press conference on 7 September at St.Regis, Doha, Qatar.

After the meeting with the Taliban’s newly-elected deputy head Mullah Baradar in Kabul, Griffiths said, “I met with the leadership of the Taliban to reaffirm UN’s commitment to delivering impartial humanitarian assistance & protection to millions in need in Afghanistan.” He added that the Taliban has committed that it will ensure the UN assistance continues to flow into the territory for the needy Afghan population. A meeting between Griffiths and the Taliban was held after United Nations chief Antonio Guterres earlier last week announced that he will convene a high-level humanitarian conference for Afghanistan on 13 September to advocate for a swift scale-up in funding and full, unimpeded access to those in need.

In an appeal to the foreign donors to dispatch the necessary aid to the war-ravaged Afghanistan, the Human Rights Watch (HRW) had said that immediate actions were required to assist the Afghan population facing hunger, poverty, and collapse of the health services during the pandemic. In an official statement, the HRW called for a coordinated plan to fund and support education, the banking system, economy, and other critical areas that needed the cooperation of Taliban authorities. The group highlighted the need to ensure women’s basic human rights.

“Donor governments are understandably uneasy about providing assistance and funding to Afghanistan under the Taliban given their terrible rights record and newly emerging abuses,” Patricia Gossman, Associate Asia director at HRW said in a statement.