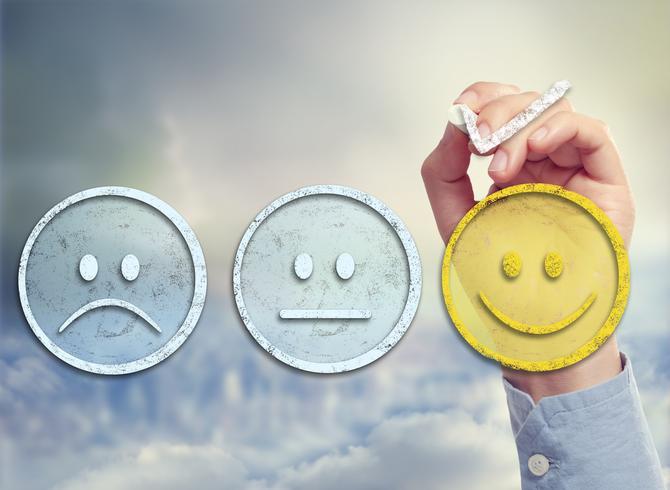 Businesses achieving high Net Promoter Scores (NPS) are invariably gratified by this single number. But arguably, there has been some blind trust as to how significant this figure is on the bottom line.

Research and analysis by DBM Consultants has confirmed the value of NPS as a measure of loyalty and, the researcher said, also quantified the financial benefits of doing the right thing for customers.

The study of more than 50,000 banking customers over six months includes a layer of data about NPS scores by each customer for the competition which, depending on numbers, can change the significance of a lone NPS score. DBM has also conducted longitudinal studies of banks, broadband and mobile providers.

According to DBM CEO, Kipling Zubevich, its conclusions about the value of an NPS score and how this can change when put in the context of the competition’s scores also apply to other product categories.

Zubevich told CMO there has historically been an unqualified belief in NPS results: That the logical extension of a higher score is the customer remains loyal and sticks with a brand as well as recommends it to others.

“Not a lot of work’s been done to actually prove that [value of NPS]. I think everyone believes it intuitively,” he said. “There’s a faith that if my NPS goes up, it’s good for me. What we have now done is shown that, yes, when it goes up it does matter. You will achieve a better financial outcome.

“Previously [until DBM’s recent research], not a lot of work’s been done to actually prove this by looking at customers over time. That’s something that we have done in multiple sectors.”

In its massive longitudinal study of 50,000 bank customers, DBM wanted to know if NPS scores were a strong indicator of what banking the customer might do, and with what bank, six months into the future.

Further, NPS detractors rating a brand 6 or lower are 1.2x more likely to defect than promoters.

The analysts believe this relationship between the advocacy promised in an NPS score and future customer behaviour holds true for all products and services where, as in banking, a customer uses several suppliers or brands simultaneously.

“There’s every reason to expect those ratios would be similar in other categories,” said Zubevich.

He highlighted categories such as telco, some insurance products, airlines and others where people are customers of more than one brand at a time and hold contracts, membership, subscriptions or other ongoing product and service relationships, as following a similar trend. DBM also conducted a shorter longitudinal study with broadband and mobile providers a few weeks ahead of contracts coming up for renewal to observe which NPS-rating customers actually renewed contracts.

“In telecommunications, if a consumer is a promoter, they’re much more likely to renew their contract than if they’re a detractor on that [NPS] question,” said Zubevich. “In that instance, they’re actually a lot less likely to renew.”

The returns for major banks, with giant scales of economy, are equally huge. DBM’s study showed for a major retail bank, a single-point improvement in an NPS could be valued at about $10 million per year in additional income (net interest margin), through the bank’s growing share of a customers’ wallet. If lifetime customer value and fee incomes are added, DBM’s research showed a single extra NPS point means several hundred million dollars for a bank.

However, as Zubevich and DBM founder, Dhruba Gupta, warned, these returns to major banks don’t translate to many businesses.

“The economics of different industry sectors are different,” said Gupta. “A broadband service provider has a very different economy to a bank or insurer. And to get those sorts of numbers, you have to be a large player.”

Another finding is the relationship between NPS scores given to one brand and the scores given by the same customer to competitor brands, which DBM also surveyed in the banking sector. This can overturn the meaning of a seemingly decent NPS score of seven for a brand that doesn’t know how its customers score its competition.

“We discovered that for customers with multiple banking relationships, the institution they rank first on advocacy – regardless of the actual score – is most likely to retain these customers and win their future business. In other words, if a customer is giving you an eight but another provider a nine, you are at risk of losing that customer,” Gupta said. “For many, the competition is a blind spot.

“This finding means that each institution has to constantly strive to not just be the best they can be, but to be better than their competitors on the things that drive customer advocacy.”

As well as knowing others’ scores out in the competitive field, DBM recommended another level of data on scores given by segments of customers is valuable when making decisions about investing in customer strategy.

“You might be happy you’re getting sevens overall,” said Zubevich. “But if, within a segment, you don’t know if customers are more likely to rate you above your competitors or vice versa, you could be investing in customers that are not actually your most valuable or your most strategically important.”

One of the biggest selling points for the NPS metric was the fact it is just one number, the one you need to know and to raise as high as possible. But following its latest research, DBM’s perspective is more nuanced.

“I guess we’re saying it’s a great start, but one number is almost too simple,” Zubevich said.

Don’t miss out on the wealth of insight and content provided by CMO A/NZ and sign up to our weekly CMO Digest newsletters and information services here.