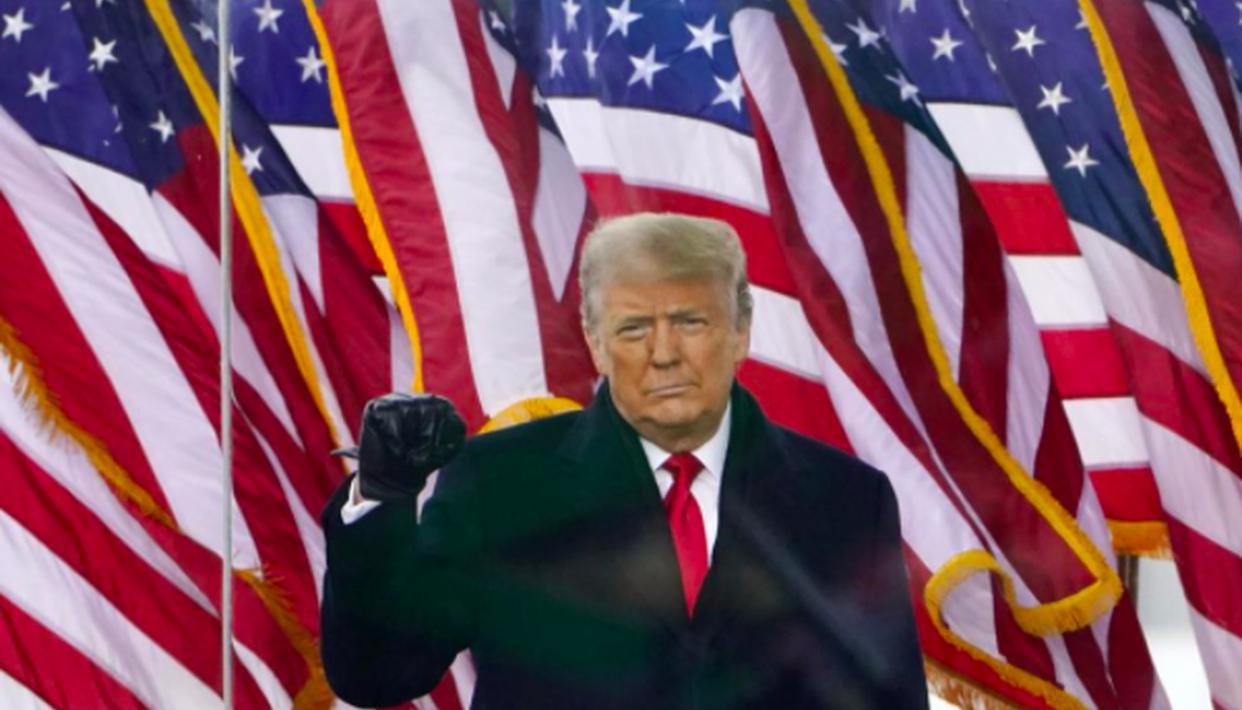 Former US President, Donald Trump plans to conduct the trademark rallies next month,  nearly 6 months after the January 6 riots incited by his speech in Washington DC, sources familiar with the development have confirmed to The Post. Trump will hold at least two events in June and one around the July 4 holiday. His team is now busy doing the selection of the venues for the rallies, an official told the newspaper. Although the location and dates are not disclosed yet. “The president’s team is in the process of selecting venues for a pair of events in June. A third rally is expected to take place around the July 4 holiday,” the report first carried by The Post read.

Trump’s rallies will be organized in the likeness of his campaign trails that were held during the elections in January in the states of Michigan, Iowa, North Carolina, Georgia and Florida. The report has also raised speculations if the 74-year-old former Republican leader would contest again for the elections. Trump has also recently relocated his political headquarters from Mar-a-Lago Florida to New Jersey. He has also recently launched his own communication platform after Facebook Oversight Board announced that he was banned indefinitely from Facebook and Twitter.

Trump has been sending off the posts on his Twitter-like board, which is LIVE on his official website ‘Save America’ on the URL DonaldJTrump.com. Trump’s first message on his platform was posted on March 24 which went live with his platform on May 4. He posted an official “promotional video” that marked the launch of his feature wherein he can be heard talking about his social media suspension and his own platform that he called the beacon of freedom in a promotional video.

The former US President has also ramped up his television presence as he is occasionally seen giving interviews on Fox. In one such a televised address last week, he told The Daily Wire that he was enthused about running for the 2024 Presidential elections. “I look forward to doing an announcement at the right time,” Trump said in a broadcast. He told host Candace Owens, “As you know, it’s very early. But I think people are going to be very, very happy when I make a certain announcement. You know, for campaign finance reasons, you really can’t do it too early because it becomes a whole different thing.” Furthermore, hinting at the possibility of running for the office he said, “we are looking at that very, very seriously, and all I’d say is stay tuned.”