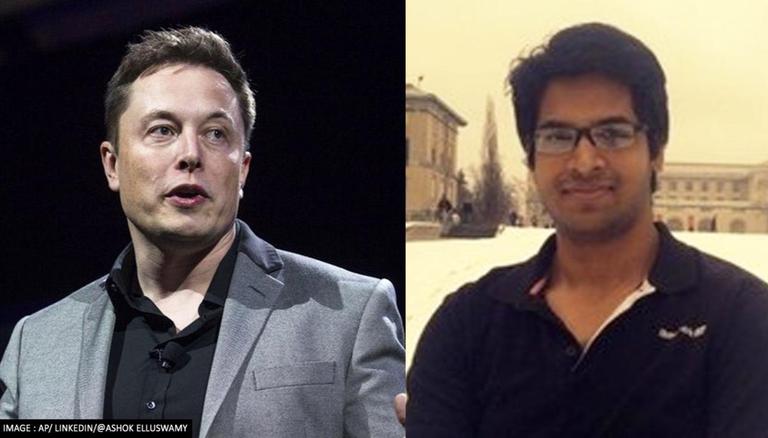 Tech mogul and Tesla CEO Elon Musk, who is well known for using social media to recruit people, revealed that Indian-origin Ashok Elluswamy was the first person to be hired for his electric vehicle company’s Autopilot team. Musk stated that Ashok was the first person to be recruited following his Tweet announcing Tesla starting an Autopilot team. Musk disclosed this information on Twitter in reply to a video of his interview. He informed that Ashok is currently the head of the Autopilot engineering department.

“Andrej is director of AI; People often give me too much credit and give Andrej too much credit. The Tesla Autopilot AI team is extremely talented. Some of the smartest people in the world,” Musk stated. Ashok Elluswamy formerly worked for Volkswagen Electronic Research Lab and WABCO Vehicle Control System prior to joining Tesla. He graduated from the College of Engineering, Guindy in Chennai with a bachelor’s degree in Electronics and Communication Engineering. He later went on to get a Master’s degree in Robotics System Development from Carnegie Mellon University in Pittsburgh.

Ashok was the first person recruited from my tweet saying that Tesla is starting an Autopilot team!

Tesla is looking for hardcore AI engineers: Musk on Twitter

Earlier in December, Musk posted on Twitter announcing that Tesla is looking for hardcore Artificial Intelligence (AI) engineers who are passionate about solving challenges that have a significant impact on people’s lives. Interested individuals were asked to fill out details such as name, email, and extraordinary work done in software, hardware, or AI, and they were also asked to submit their resumes in PDF format. It is pertinent to mention here that Musk is the world’s wealthiest person, according to Forbes, with a net worth of roughly USD 282 billion, majority of which is in Tesla stock.

As always, Tesla is looking for hardcore AI engineers who care about solving problems that directly affect people’s lives in a major way.https://t.co/0B5toOOHcj

(With inputs from PTI)