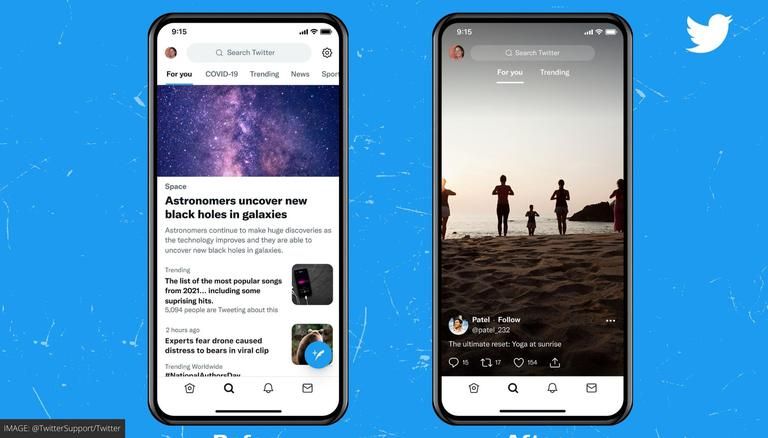 Social media major Twitter is reportedly adding a new feature to its application. Similar to the Explore feed on Instagram, Twitter is testing a new Explore Tab on the microblogging platform. Additionally, Twitter will also test a feature called one-time warning which will allow users to flag the content they upload with multiple tags. It would prevent the post from being viewed by someone who does not want to view a particular type of content.

The Explore Tab is currently being tested with a limited number of users around the world. The one-time warning feature is available for a small number of users in the United States. Both the features are expected to come out once the platform is done with testing. While the first will help users look at content that will be based on their search preferences and viewing habits, the second feature will safeguard those users who do not wish to view sensitive content on Twitter.

Twitter has already rolled out its Explore Tab to limited accounts on December 8, 2021. Like the Explore page helps users discover popular and trending posts from all that is happening on the platform, the Twitter Explore feature will act similarly. It will enable users to have a quick look at the trending posts on Twitter. The Explore Tab on Twitter is now divided into two sections Trending and For You, which is a similar implementation as is seen in other social media platforms such as Instagram, which the appearance of the Twitter Explore Tab itself is like Instagram Reels.

If it’s looking different, then you’re in our latest test: a new Explore experience to help you discover the best content that’s trending. Available in certain countries for some of you who use Twitter in English on Android and iOS. pic.twitter.com/PGQwMT8r8B

The one-time warning will help users in sharing and viewing content that is “unsettling or sensitive.” The feature comes after Twitter announced a new approach towards reporting the content on the platform in an earlier blog post. While a user uploads a graphic or a video, Twitter shows a one-time warning, asking users to mark their content as sensitive or flag their post to contain Nudity, Violence or Sensitive content.

People use Twitter to discuss what’s happening in the world, which sometimes means sharing unsettling or sensitive content. We’re testing an option for some of you to add one-time warnings to photos and videos you Tweet out, to help those who might want the warning. pic.twitter.com/LCUA5QCoOV

On a related topic, Twitteratti were complaining of losing followers earlier this month. Many Twitter users took to the platform, seeking answers from Twitter for losing a large number of their followers suddenly. While the platform has neither acknowledged nor responded to any of these complaints, it is being speculated that a reasonable explanation for the same must be that the social media platform might have removed inactive accounts from the platform.