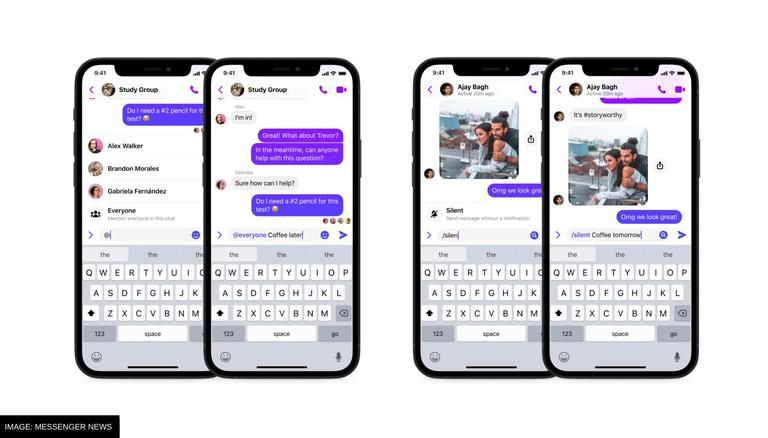 Facebook Messenger is one of the most popular messaging platforms in the world. On the platform, users can share text messages, images, videos, links and so much more. While the platform is also connected to Facebook, users like using Messenger for their day-to-day messaging needs. Most recently, Facebook Messengers has released a new update that will allow users to use new shortcuts for tagging everyone or sending silent messages in a group chat.

In the official post, Facebook says that “we’re excited today to introduce shortcuts on Messenger, a new command system to help supercharge your messaging efficiency and add a little extra fun to your experience.” Adding to it, Facebook mentions that “whether you want to notify everyone in a chat of an important announcement” or for other purposes, the new Messenger update provides users with shortcuts.