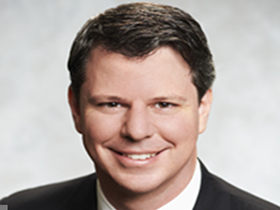 For his part, Chun became president of TD Direct Investing in June. Before replacing Kenn Lalonde as CEO of TD Insurance in 2019, Chun had been senior vice president of everyday banking and customer strategy analytics for TD Canada Trust. Chun has held various positions at TD since joining the bank in 1992.

A TD Bank spokesperson confirmed Tuesday to Canadian Underwriter that TD did not issue a press release announcing Russell’s appointment as CEO of TD Insurance. Russell is now listed as CEO of TD’s P&C insurers on the federal Office of the Superintendent of Financial Institutions website.

Security National ranked seventh Canada-wide, with a 4.7% market share and $2.84 billion in net premiums written in 2020, according to the 2021 Canadian Underwriter Stats Guide, using stats supplied by MSA Research. The Top 6 Canadian insurers ranked by market share in 2020 were (in order of larger to smaller): Intact, Desjardins, Lloyd’s, Aviva, Wawanesa, and The Co-operators.

Before Russell joined TD in 2014, he was executive vice president at Aviva Canada, which he joined in 2001.  Russell has a math degree from the University of Waterloo, according to his LinkedIn profile. He has previously been vice president and chief actuary for both Canada Life and The Dominion of Canada General Insurance Company. The Dominion has since been acquired by The Travelers Companies Inc.

Quoting from an internal TD Bank memo, Advisor’s Edge magazine reported in June that Russell has “been an integral member of the Insurance Senior Executive Committee since 2014 and has led the turnaround of the General Insurance business.” Advisor’s Edge is published by Newcom Media, which also publishes Canadian Underwriter.

Chun replaced Paul Clark in June as president of TD Direct Investing. For his part, Clark is now TD’s head of private wealth management and financial planning, according to their LinkedIn profiles.

Quoting from the internal TD memo, Advisor’s Edge reports that Chun was selected to lead TD Bank’s direct investing and wealth business architecture and delivery for his “deep business acumen, proven track record of driving and delivering strong business results, and for being an exceptional people leader.”