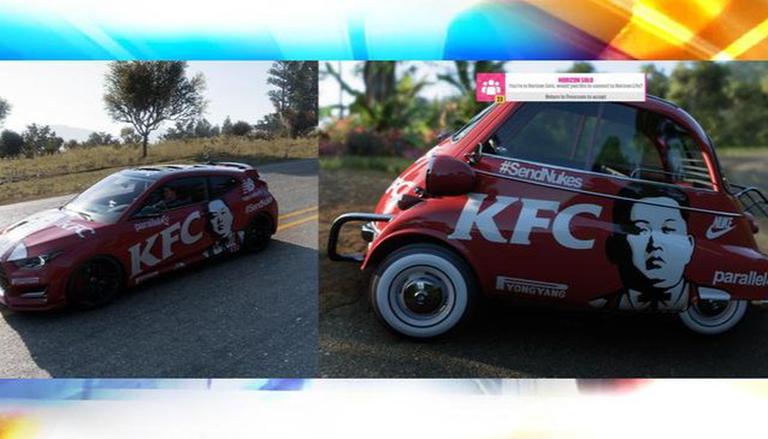 A gamer created a parody car in Forza Horizon 5 featuring KFC and Kim Jong-un which resulted in him being banned from playing Forza Horizon 5 for 8000 years. Of course, the timeline of 8000 years is based on the game but still, it is a long time to wait. A Reddit user, who goes by the name AllThingsRcing in Reddit, shared the story on the social media website stating that his friend got an 8000-year ban for one of his liveries.

He shared three images in the post, two is of the car and one is of the screenshot message from the game announcing that the candidate has been banned and will only be able to play the game in the year 12/31/9999, in the game timeline. The two images of the car show a picture of North Korean leader Kim Jong-Un branded with the KFC logo, which is an allusion to Kim Jong-alleged admiration of the fast-food brand, which was planning to open a location in North Korea, according to Metro. It also has the text that reads #SendNukes.

The real reason why the gamer was banned is unknown, but there are two potential reasons, first #SendNukes, which is reminiscent of an offensive meme that was trending a few months ago. The second reason is Turn 10 Studios, which handle franchise moderation of the game has a policy not to incorporate notorious individuals or organisations. The post also suggests that the ban was imposed by the enforcement team of Turn 10 Studios.

In a long caption, AllThingsRcing described the situation. He stated that his friend just told him that he received an 8000-year ban for one of his liveries. He further stated that it looks like T10 doesn’t like jokes or something. He never had a warning before to this ban, either. He announced that this is his first in-game ban and that he had never been blacklisted before. The post immediately went viral with more than 959 comments and 97% upvotes.

Some people criticised Turn 10 Studios for banning someone just for having fun. One Reddit user wrote, “Why he got banned for a livery ? I don’t get offended or else by this. This century is for the bin. No humour, no jokes.” Another person commented, “Send nukes might be the ban reason. Forza has always been sensetive about liveries.” 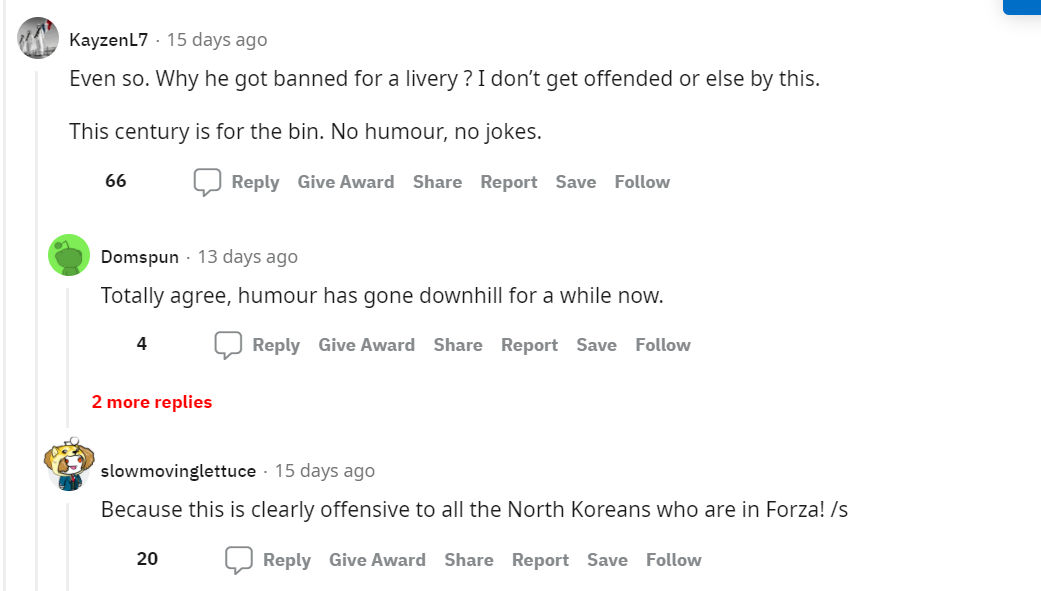