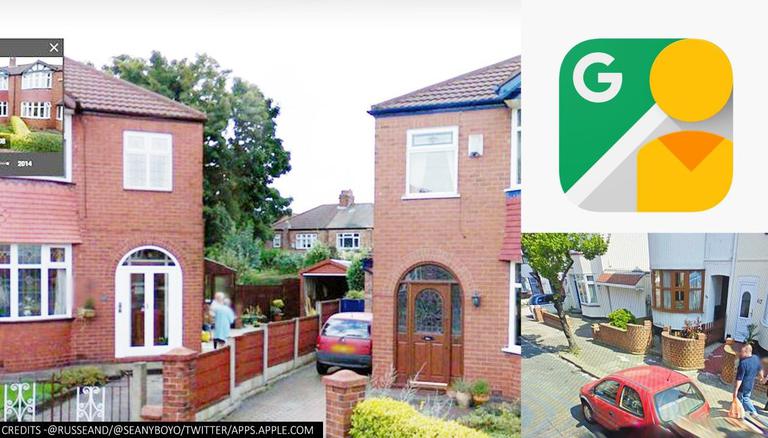 Social media users recently have been sharing Google Street View images featuring friends and relatives who have since died. Launched in the US in 2017, Google Street View is now a part of almost every country in the world. The new trend was sparked by a Twitter post, which said that they had searched the map platform for images taken before their father had died.

I go on Google maps to the images that were dates as being taken before my dad died so I can walk around a little bit in a world where he is still with me.

Following the post, several users shared photos from Google Street View. One Twitterati showed an image of a couple holding hands in the street and wrote that his parents, who died several years ago, were captured walking down the road. Another user captured a lady just outside her doorway.

Caught by Google Maps in 2008, my mother gossiping with her neighbour. Sadly it’s 10 years since she passed away, so when I discovered the BBC news article about your tweet and checked out her address, there she was! such a pleasant surprise😉 pic.twitter.com/lok3SktOyE

In 2016 a few weeks after my Grandad died google street view of his flat updated with this – there he is looking out of his window talking to his lovely carer (bottom left) pic.twitter.com/OYFVimQMbW

This is my father arriving from hemodialysis in May 2018.
After less than 3 months he would take his own life.
The fist time I saw that he got caught on google street view (after he died), it was an emotional shock, because I wasn’t expecting that 🙁 pic.twitter.com/yWkTy3j1Ad

My dad returning from walking our dog back in 2009 at our old house. Dad and dog since deceased but most definitely still with us in our hearts. ❤️ pic.twitter.com/HTNxFIql1W

This is my Nonna in Sicily, sitting on her apartment balcony as she often did. She died 2 years ago from a sudden stroke. She would shout her order to the bakers across the street and have bread put into a basket which she’d pull up on a rope. I miss her sense of humour 🤣 pic.twitter.com/f03zO2wZ07

Several others also said that seeing local images taken when their loved ones were still alive made them feel a connection. Some expressed regret images poignant to them had been replaced with more recent photos. Searching through Google Street view for strange objects or bizarre moments captured in freezeframe has become something of a niche internet pastime. To look back at previous incarnations, one can tap the clock icon on the top left-hand side of Google Maps.

Meanwhile, this isn’t the first time people have tried reuniting with family with the help of Google Street View. back in 2015, Matthew J. X. Malady, in a piece in the New Yorker called, ‘The Ghosts in Our Machines,’ wrote what it felt like finding his mother in an old street view photo, Malady said that the “confluence of emotions,” when he registered what he was looking at, was unlike anything he had ever experienced – something akin to the simultaneous rush of a million overlapping feelings. He added that there was joy to find his mother, however, he added that there was also “deep, deep sadness”. “There was heartbreak and hurt, curiosity and wonder, and everything, seemingly, in between,” Malady said.