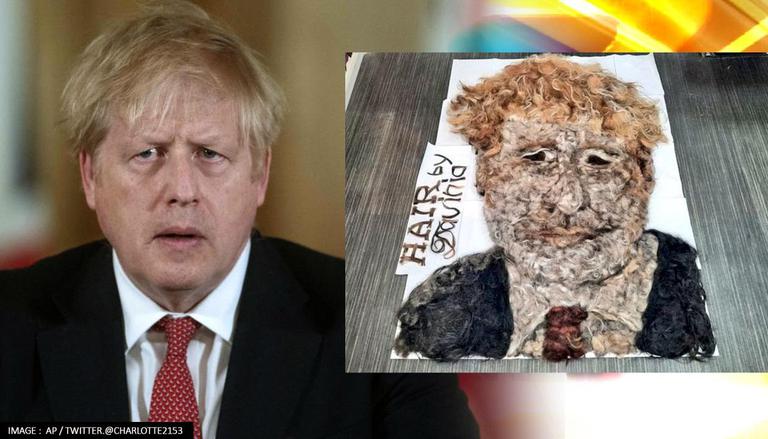 UK Prime Minister Boris Johnson’s hairstyle has always attracted the attention of netizens. This time too, the social media users got a chance to make fun of his hairstyle. In the latest inclusion, a hairdresser paid a tribute to the UK PM that has created a buzz on the internet. This time, a “bizarre” but “incredible” art of a hairdresser went viral after a Labour Member of Parliament for Warrington North posted a photograph of “hairy Boris Johnson” on her Twitter handle.

According to a report by BBC, Davinia Fox, who owns a salon in Somerset, has been a hairdresser for nearly 26 years. When the saloons opened after COVID-19 restrictions, she decided to thank UK Prime Minister Boris Johnson. As a tribute to UK PM, she has created a 5-feet-long Boris Johnson mural using waste hair.

Have a look at the tweet of Charlotte Nichols:

Hairdresser wants to show people the importance of their work

While speaking to BBC, Davinia Fox said she took a 2-day break from work to complete the masterpiece. Fox completed the artwork in 16 hours from only waste hair. Davinia said she wanted to thank the UK PM for leading the country through challenging times during the coronavirus pandemic. Though the intention of the hairdresser was quite decent, the netizens found another chance to use the post as a meme. During his conversation with BBC, she said people do not value her profession and always find a new way to demean her. However, she said the COVID-19 pandemic has made people realise the importance of hairdressers.

Ok…What do you do with a bag of HUMAN HAIR collected during lockdown? ✂️✂️ You make a picture of Boris Johnson, of course. Somerset stylist Davina Fox created this from her customers’ locks. There is nothing more to say. @bbcsomerset pic.twitter.com/tWdxOvKF7U

“There’s been stigma behind us, where if you’re not clever, you become a hairdresser and it’s seen to be one of those downgraded jobs. That has changed as the years have progressed and Covid has definitely helped, now we’re essential”, Davinia quoted as saying by BBC.

Davinia added she wanted to show how much people’s hair did grow throughout the lockdowns without hairdressers there. “Obviously, it will be swept up, but I would really love it if Boris Johnson could actually see the photograph of it or if he could come down to see it in person, that would be lovely”, Davinia was further quoted as saying by BBC.