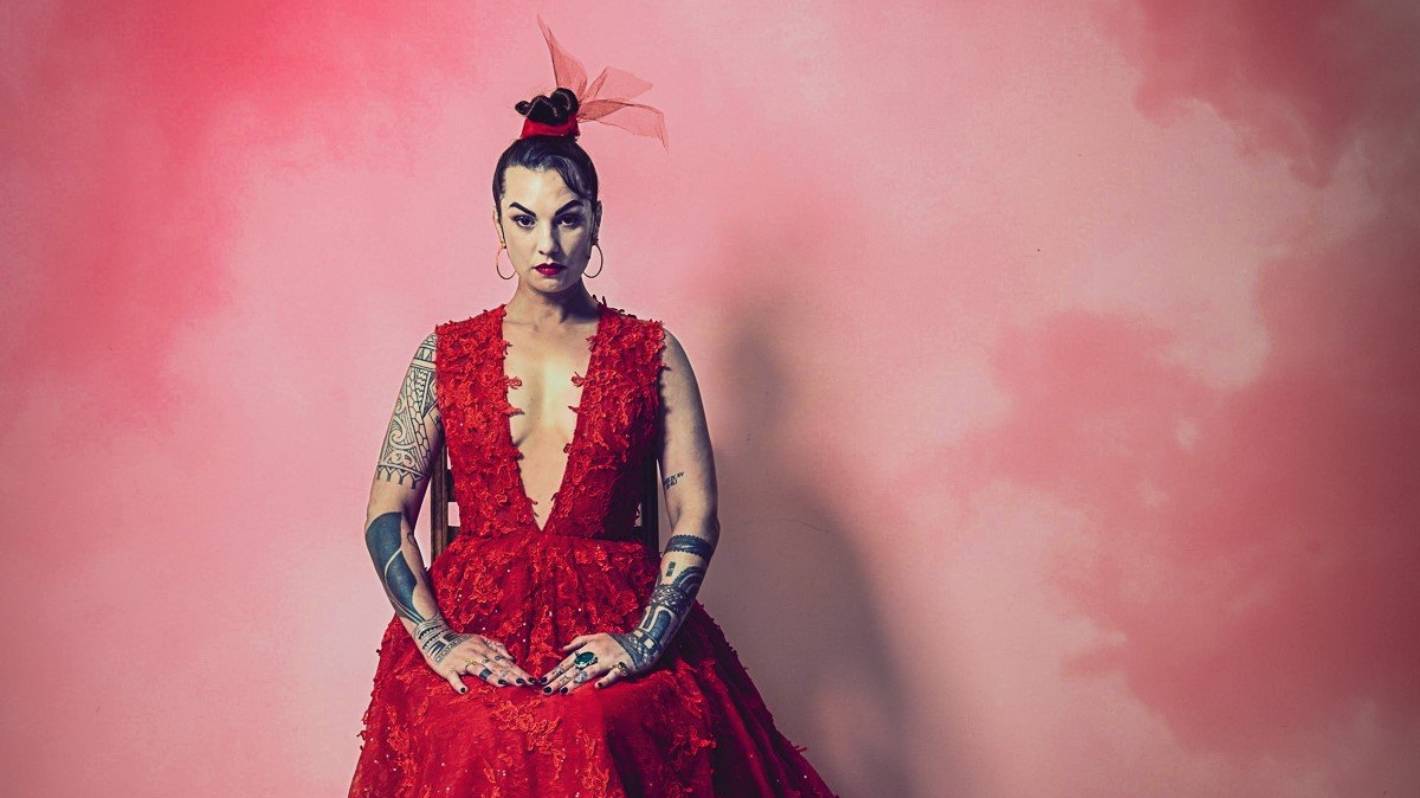 Hollie Smith admits she often feels overwhelmed by the state of the world.

The acclaimed Kiwi soul artist echoes the sentiments of many in these current times, on her haunting and uplifting just-released new album Coming In From the Dark.

“I get quite overwhelmed with some things that I see, I’m sure a lot of people do, and just feel helpless, really,” said Smith.

“So it’s just [about] things that have affected me. I really struggle with lyrics and I don’t intentionally walk into a song going, ‘I’m going to write about this today’.”

The highly-anticipated new album arrives as a powerful follow-up to her critically acclaimed 2016 album Water or Gold.

The new songs were supposed to be recorded last year before Covid-19 delayed that plan, but Smith insists she never meant to take so long to release a new album.

“Between procrastinating and Covid-19, that’s a pretty easy five years. But I’ve written the songs over that time,” she said.

Smith was never lacking lyrical or musical inspiration, given the trauma and upheaval felt around the world, particularly over the last two years throughout the global pandemic.

But even before Covid-19, the seemingly endless onslaught of anxiety-inducing world and local news made a significant impact on her psyche and songwriting.

“We’re so open to being able to get a 24-hour feed of these horrible events and the exhaustion of that, and just having to turn it off and take a step back from being too overwhelmed by it all,” she says of her social media news fatigue.

The first song that she wrote, You, the last track on the album, was penned around the time of both the Syrian refugee crisis and Donald Trump’s initial run for the US Presidency in 2016.

Track seven, Heaven Only Knows was written last year just days before the tragic death of George Floyd, while Damage Done voices Smith’s frustration at the callous resistance to both the Black Lives Matter and #MeToo movements.

“People were being like ‘hey all lives matter’ and ‘not all men’. You’re missing the point of the discussion.”

Other parts of Coming In From the Dark are much more intimate, such as Billy, a beautiful heart-wrenching tribute to Smith’s first love, who passed away after battling a rare form of lymphoma, only a year after his young son had died following an accident.

“He was a good friend throughout our lives, and I’m really close with his family. I wrote that song the evening after he died after I’d been with him,” explained Smith.

“It just came out in one go, lyrics, chords, everything. It just wrote itself which was pretty amazing. I felt like I wasn’t on my own with that one.”

Smith glosses over the detail of other songs that allude to personal relationships, but hints at how developing her new material helped her to process and deal with some of life’s challenges.

“There’s some relationship stuff in there, which I wouldn’t normally be so direct about,” she said.“But music became a little cathartic throughout some of those experiences.

“There’s different little snapshots of the last four years in the development of those songs.”

After writing most of the material on keys, Smith says NZSO’s input on three songs – the opening title track, Lay Me Down To Sleep, and You – convinced her to layer strings throughout the rest of the album.

“With NZSO’s involvement, it made sense that I wanted to try and incorporate strings on the rest of the album just for continuity.

“I don’t often work with strings. So it was a bit of a bucket list moment.”

After more than two decades in the industry, Smith feels the same excitement and trepidation that comes with any new release, and hopes that both long-time fans and new listeners can connect with her latest music.

“It’s terrifying because I’ve been doing this for 20 years, and it’s like, if I step out onto the tightrope, is it going to snap?

“But then at the same time, especially with Covid, there is that thing of just going ‘ugh what can you do?’”

“I am excited, and it’s always exciting to see how it will be received, but there is always a lot of anxiety behind that.”