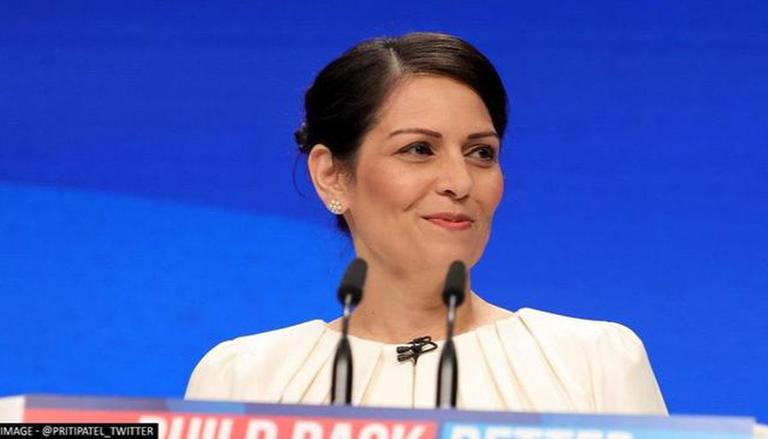 Britain Home Secretary Priti Patel would be likely increasing the security of MPs after the killing of David Amess. Speaking to Sky News, Patel insisted that she could order about providing police security whenever they would carry out constituency surgeries. The statement of the UK Home Secretary comes after the killing of MP David Amess in his constituency in Leigh-on-Sea, Essex on Friday.

UK To Increase Security Of MPs

Speaking to Trevor Phillips on Sky News, Priti Patel asserted that they are considering providing police protection to MP’s when they carried out meetings in the constituency. Patel underscored that changes are being made in the security offered to MPs after the killing of David Amess. Furthermore, the MPs have been told to inform about their whereabouts to the police. However, Patel highlighted that she believed that there should be no change made in the nature of the relationship between MPs and the constituency members.

Patel stated that they needed to ‘close gaps’ on security and they were considering steps like advance booking of the appointments and checking the details of the people before the MPs would meet them. Furthermore, places, where they are scheduled to meet, must be checked in advance, as per Sky News report. She has ordered police forces to review the security of all the MPs and check upon their constituency interactions.

In order to stop online abuse, UK Home Secretary Priti Patel hinted at banning anonymity on social media. She further stated that MPs receive cruel comments from people on social media and added that many of them are ‘relentless’, as per the Sky News report. Speaking about the safety of MPs, she mentioned the murder of MP Jo Cox in 2016 and stated that during that time, the focus went on the security of the MPs. She added that a lot has changed since that time.

British MP David Amess was stabbed multiple times while he was meeting his constituency members at a church in Leigh-on-Sea, a town 40 miles east of London on Friday, October 15, according to AP. He succumbed to his injuries on the spot. UK Prime Minister Boris Johnson on Friday, October 15, expressed ‘shock and sadness’ over the killing of his Conservative colleague David Amess. Paying tribute to Amess, Johnson remembered him as ‘one of the kindest, nicest, most gentle people in politics’.

All our hearts are full of shock and sadness at the death of Sir David Amess MP.

He was one of the kindest, nicest, most gentle people in politics. pic.twitter.com/SIx6SZ1P3w

This morning I laid a wreath in memory of Sir David Amess MP, a much loved colleague and friend.

My thoughts are with his wife, children and friends. pic.twitter.com/GIP6XkzJJe