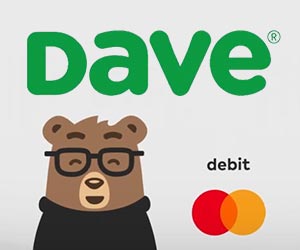 Subscribe to The Financial Brand via email for FREE!

What competitive concern keeps Jarad Fisher, top strategist and head of operations at challenger bank Dave, up at night? It’s not the big banks, he says, even though they have been upping their digital game sharply of late.

Dave is a mite, compared to the megabanks, with just a handful of employees. But that is a plus, says Fisher, whose official title is Chief Commercial Officer. “We have an unrivaled cost advantage compared to the big players,” says Fisher. Dave’s main market consists of Americans who live on tight budgets and the company began with a single concept, an app designed to help people avoid overdrafts and the fees that go with them.

Major banks, in Fisher’s view, don’t really want those consumers’ business. He has worked with larger institutions in multiple roles and often found their understanding of the market low and interest in developing fairer products low as well.

“The only way for them to figure out how to serve this market, if at all, would be to charge exorbitant fees,” says Fisher. “That would actually undermine the value proposition and attractiveness of their offerings.”

He adds: “Their ‘machines’ are just too big to be able to turn quickly enough to solve these consumers’ problems.”

So, what rival does worry Fisher? SoFi? Varo Bank? These fintechs went the full bank charter route and have all the powers — and obligations — that go with it.

Actually, the company that worries Fisher the most does not have a banking charter and, indeed, was told by state regulators in mid-2021 to stop referring to itself as a “bank.” That’s Chime, which financial executives consider an up-and-coming rival.

This is testimony to the growing competition that disrupters like Dave and Chime have, as challenger banks and fintechs scrap not only with traditional institutions but also among themselves.

In The Financial Brand‘s Neobank Tracker, powered by Nymbus, nearly 200 challengers compete for some aspects of consumer banking business.

Fisher came to Dave in October 2020. Dave began as a banking app designed as a “painkiller” for common bank account challenges. It used banking as a service aid from Evolve Bank & Trust, to later launch Dave Banking, a Dave take on bank accounts that took the company from app to neobank status. Fisher arrived after spending over five years as a key creator of the Apple Card at the technology company, drawn by the possibility that he could lead the build-out of Dave and Dave Banking into broad group of products intended specifically for people who don’t have a lot of money.

He met the founders of Dave after moving to the Los Angeles area during the Covid-19 pandemic and he found the company’s mission appealing.

“Dave’s customers live paycheck to paycheck. They are just getting started and need a broader suite of better financial products,” says Fisher. “What attracted me to Dave was to be able to take the skills I’ve learned through various posts in my career to deliver experiences that used to be available only to more affluent folks.”

REGISTER FOR THIS FREE WEBINAR

Join a discussion of the new lending landscape and explore proven ways to attract, acquire and retain

A Blend of Financial Literacy and Mobile Banking Service

Dave bills itself as “Banking for humans” and the original Dave app service links to consumers’ checking accounts. The original Dave service, launched in 2017, was an algorithm that predicted when someone was going to overdraw their account. Dave claims to have helped app users avoid $170 million in overdraft charges in 2020.

Today the app includes the ability to have a up to a $100 advance to cover daily expenses, early access to paychecks, help in finding “side hustles,” assistance in building credit history by paying rent and utilities timely, and budgeting tools, including expense forecasting. (Artificial intelligence is used to determine how much Dave can advance.)

Dave Banking, which launched in 2019, brings the Dave app to its own transaction account, which is FDIC insured via partnership with Evolve Bank. Using Dave Banking raises the ceiling on the advances to up to $200. App users pay a small monthly fee for the app and can “tip” when paying back advances, which are interest-free.

Dave By the Numbers:

The Dave app has 9 million consumer users and Dave Banking has over 1.2 million users, as of May 2021. There is some overlap between the two groups. The Dave App has an average rating of 4.8 on the App Store and 4.6 on Google Play, both out of a maximum of 5.

Dave’s name was selected to sound friendly and approachable, and the Dave bear mascot was chosen to present a friendly face. Dave is as much a financial education play as it is a banking product. “We wanted to remove the stigma of asking for help during hard times,” a spokesperson explains. “Rather than asking a friend or family member for some extra cash, people can turn to Dave for help.”

The bear, as well as Dave user stories, features prominently in the company’s social media presence.

This overall picture proved attractive to Fisher. The research that led to creation of the Apple Card with Goldman Sachs left him cynical about the mainstream financial services business.

“People who need help the most are unable to access world-class financial products,” says Fisher. “Even though Apple really strived to get there, the way credit and underwriting works, a very large number of people are unable to gain access to banking and financial products.” He says traditional credit scoring, for example, doesn’t work well for consumers who live hand-to-mouth.

What Consumers Really Want — and Need — to Hear

Fisher says that his time at Apple left him with a strong interest in building products for the credit invisible, the underbanked and the unbanked.

He wants Dave to become a daily financial habit for users, “something that people look at first thing in the morning to get a better sense of what’s going on.” But he believes its critical that messages blend Dave’s traditional alerts, updates on monthly goals, and “some peppering in of true financial education.” He says the intent would be to help consumers learn more about their money but in as encouraging a way as possible.

Fisher says that apps can only help people improve their finances if they are designed so that consumers keep coming back.

“There are financial apps out there that don’t make people feel very good, for the same reason that some people don’t like looking at the scale in the morning, because they know they are not going to get good news. That’s really counterproductive.”

Fisher wants to build further on Dave’s approach, such that good behavior and strengths are acknowledged, but in addition, constructive guidance comes when a person’s finances go off track.

“That’s actually the reality for most Americans, you know,” says Fisher. “Not everything is great news.” 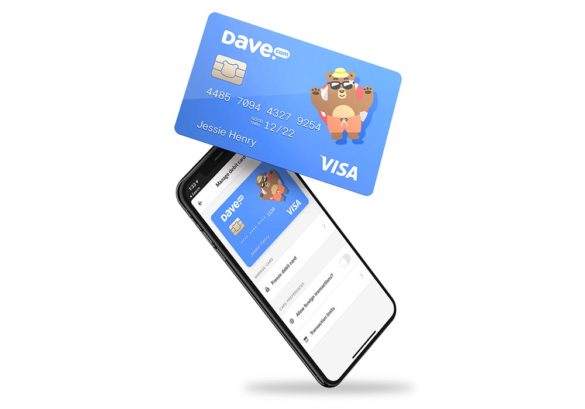 “We need to provide more financial straight talk,” says Fisher. Typically traditional financial institutions bury their messages in so many disclaimers that the sense becomes clouded, he explains.

“The real challenge,” says Fisher, “from both the product design and marketing viewpoints is to deliver content and messages and to offer products and services in ways that are easy to understand, smart, intuitive and that don’t require a tremendous amount of work.”

Money Is a Really Awkward Subject. But Does It Have to Be?

Regarding the first, Fisher believes that most joint accounts for couples wind up putting one partner in charge and the other in what he calls “second-class citizen status.” He says he has been mulling a solution to this for some time.

Regarding the second challenge, Fisher sees that parents and others in families often want to interact financially with other family members, such as lending money within a family.

“They are doing this not to make interest, but to try to generate good behaviors,” he explains. Often such arrangements can become awkward and he thinks this area is waiting for innovation.

At the core of these and other challenges, Fisher continues, is that people feel uncomfortable discussing money. “It’s often a taboo, and people show their least human behavior when conversations turn to money. I’m hoping we can devise products and services that will eliminate a bit of the awkwardness.”

As more fintechs and nonbanks explore charters of one kind or another, would Fisher favor applying for one?

“I think the whole notion of having a bank charter makes sense depending on your current and future product roadmap,” says Fisher. “But it’s an enabler, versus an end state.”

That said, while he won’t rule it out over the long run, Fisher doesn’t see a charter as an essential step or intent for Dave at present.

“We’re largely focused on being completely committed to building our customer base, getting them super-excited about Dave, and spending our time engaging with them and developing the products and services that we think we need right now,” says Fisher.

A key mission is bringing in more users, especially for Dave Banking. Fisher explains that many prospects don’t have bank accounts, in part because they don’t think they have the money to open and maintain one. Fisher says two out of five people don’t believe they can open an account.

“That’s a stat that keeps me up at night,” says Fisher, “imagining that people don’t think they have enough money to keep the money they have safe.” While the app was created initially to work with accounts with incumbent providers, Dave Banking gives Dave both sides of the equation to offer prospective members.

“This will allow them to unlock an even better experience with Dave,” says Fisher.

To reach people, Dave relies heavily on social media. Currently that means Twitter, Facebook and Instagram, though Fisher is looking at TikTok and Clubhouse as well.

While Dave uses some TV and posts videos in various ways, Fisher says social media is where people are. He says the company spends three to four times on social media what it spends on television.

He thinks it’s critical to “deliver real content from credible sources that can truly help our customers live better lives. There’s a lot of influencer content on TikTok, but it’s not necessarily very well threaded to either reality or sound financial advice.”