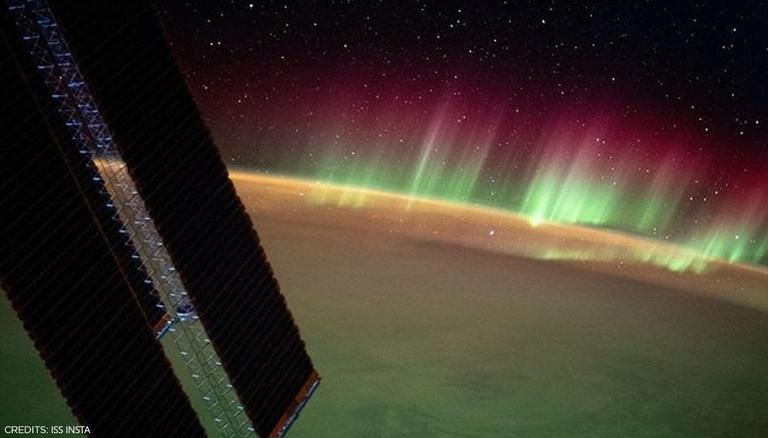 A mesmerising outer space wonder has left several netizens awestruck on the internet. From the official social media handle of the International Space Station (ISS), several breathtaking photos of the aurora have been posted. The galvanic images of Aurora australis from space have instantly gone viral.

Sharing these images from their official Instagram handle, ISS captioned it as, “The aurora australis is spectacular in these views from the station above the Indian Ocean in between Asia and Antarctica”, along with several hashtags.

ISS posted these images one days ago and since then it has received several spectacular comments and over 1.4 lakh likes. Some Instagram users wrote, “Maybe the ISS is the best place to see the northern lights”, while others commented the visual delight as “beautiful”, “hypnotising” and many more.

Even earlier, the ISS has posted several images of aurora on different occasions on their social media account. The published one post on 24th January of this year providing some of the most spectacular image’s aurora combines with city lights and sparkling stars. In the post, it is seen a mixture of city lights comes to life at night in a sequence of four photos. The emergence of stars in the sky appears to be the icing on the cake in the photographs.

The ISS captioned the photo as follows: The space station’s orbit takes it as high 51.6 degrees above the equator offering awe-inspiring views of the Earth’s aurora in between the city lights and the twinkling stars.

What is an Aurora?

Aurora, also known as the northern lights are mostly found near the North or South Pole. They are beautiful lights which can be spotted in the sky on a regular basis. They have several other names based on from which hemisphere they belong.

Despite the fact that auroras are best viewed at night, they are generated by the Sun. As the sun delivers us a lot of other energy and tiny particles and most of the energy and particles are shielded by Earth’s protective magnetic field. As the particles mix with the gases in our atmosphere, magnificent light shows appear in the sky. This is how Aurora is formed. Green and red light which are seen are emitted by oxygen. Nitrogen has a blue and purple light to it.