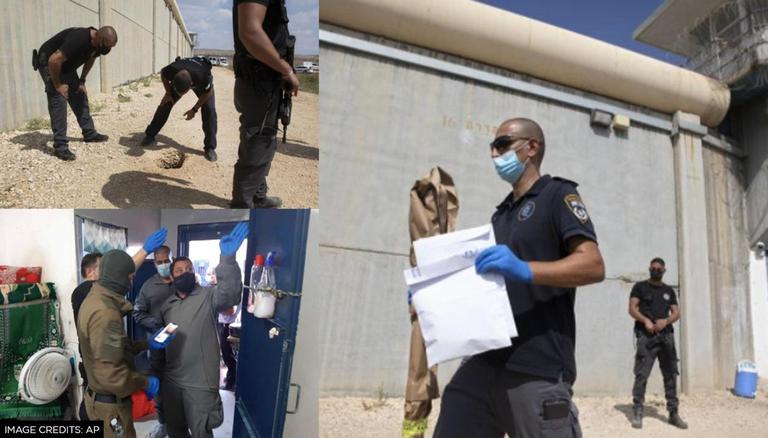 Israeli police have captured two of six Palestinians that tunnelled out of the high-security correctional facility in one of the most astonishing prison evasion cases ever, Israeli police spokeswoman informed the Hebrew press on Friday, Sept. 10. The prison cell security breach unfolded just ahead of the Jewish New Year. The two of the total six prisoners, who were members of the Palestinian Islamic Jihad were caught on the Christian holy site Mount Precipice located near the northern Israeli town of Nazareth, according to Israeli media, who were later identified as Yaquob Qadiri and Mahmoud al-Arida. The latter was reported to have masterminded the escape.

[In this photo provided by Israel’s Prisons Service, a hole in a floor is seen after six Palestinian prisoners escaped from the Gilboa prison in northern Israel, on September 6, 2021. Photo: Israeli Prisons Service via AP]

A massive manhunt to nab the escapees was launched by Israeli police that managed to flee the high-security Gilboa prison by digging a tunnel via a jail sink underground. When captured after a dramatic helicopter chase, the accused did not resist the arrest, the Israeli police say. Footage that circulated on social media depicted the detained prisoners with shackled in their legs as they were made to sit in the backseat of the police car. Officers could be heard interrogating the names of the detainees.

One of the prisoners in jeans and green T-shirts identified himself as Qadiri on camera. He was imprisoned on charges of murder and bomb plotting. An Islamic Jihad member, Qadiri, was also serving a life sentence for acts of terrorism. While Al-Arida was jailed for terrorist activities. Officers were tipped off by Arab town residents, particularly two bin men scourging the trash, Times of Israel reported. 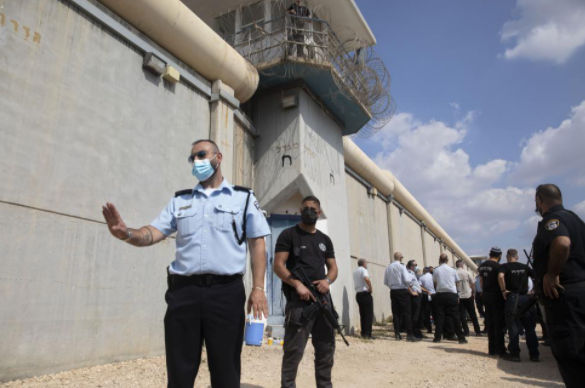 [Police officers and prison guards inspect the scene of a prison escape outside the Gilboa prison in northern Israel. Photo: AP] 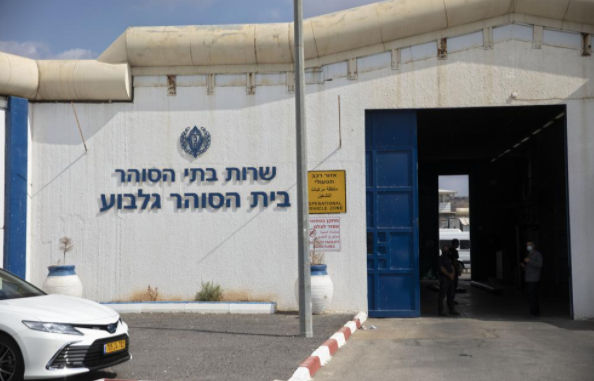 [The entrance to the Gilboa prison in northern Israel. Israeli forces on Monday launched a massive manhunt in northern Israel and the occupied West Bank after several Palestinian prisoners escaped overnight from the high-security facility in an extremely rare breakout. AP Photo/Sebastian Scheiner]

A large force was deployed on the scene after the residents made the calls to the police suspecting that the men were the prisoners that escaped Israel’s cell. Earlier, members of the family of Mahmoud Ardah, Munadil Infaat, and Mohammed Ardah’s were taken into police custody from the Jenin district of West Bank, a Palestinian prisoners group reportedly revealed. This sparked huge protests as the Palestinians hurled Molotov cocktails, and opened gunfire toward IDF checkpoints near Jenin.

Israeli Prime Minister Naftali Bennett convened high-level police and military officials meeting to take stock of the security situation, sources familiar with the development told Ynet news. At least 1,000 demonstrators in 11 locations across the West Bank led violent protests launching attacks at the IDF. 600 protesters swarmed the military checkpoint to clash with the soldiers, and opened fire toward Israeli troops at the Jalamah checkpoint, the Israeli army told the Hebrew media, as tensions escalated across the West Bank.