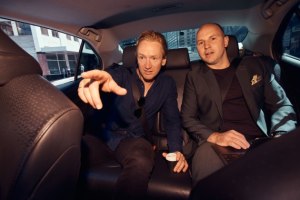 Chris Howatson has changed the name of his agency to Howatson+Company, dropping any mention of Ant White.

Howatson, the CEO, had been working within the Clemenger Group, which CHE Proximity is a part of, for nearly 20 years. Ant White was the chief creative officer.

But Ant White last month left Howatson + White, eight months after co-founding the agency. The agency had a strong record of picking up clients, including Belong, Allianz, and Maurice Blackburn.

The sudden departure — and the closure of the company website and social media accounts — has not been officially explained.

However, today Howatson says White resigned to take “time out and spend more time with family”.

Chris Howatson now describes himself as founder and chief executive officer at Howatson+Company.  He is the sole owner.

Howatson: “We look forward to continuing our client partnerships and delivering our model of creativity that supports all four Ps of marketing.

“We will continue our philosophies of overinvesting in senior talent, deeply partnering with our clients and shifting behaviour across the entire customer journey.”

Howatson+Company will continue to operate one model, multiple locations, with offices in Sydney and Melbourne.

Howatson says the agency is committed to an inverted triangle talent model.

“This is a key difference at Howatson+Company,” says Howatson. “We seek out the best multidisciplinary people who are motivated to act not just advise. Our practice leaders, especially in technology and media, are people who would be managing directors in agencies of single specialism.

“Our expertise permits us to go beyond the scope of communications in client businesses, providing the most agnostic perspective available on how to best seek growth”

“We’re inspired by each other’s talent and what’s possible when our specialisms meet at points of intersection. This is where creativity is most prolific and where we create the greatest commercial advantage for our clients.

“We have always practiced creativity as a philosophy not a person or department. And this why.”

He says the vision remains to create an agency that endures over the decades to come, being a lighthouse for Australian creativity, influencing people and culture the world over.

Have something to say on this? Share your views in the comments section below. Or if you have a news story or tip-off, drop us a line at adnews@yaffa.com.au