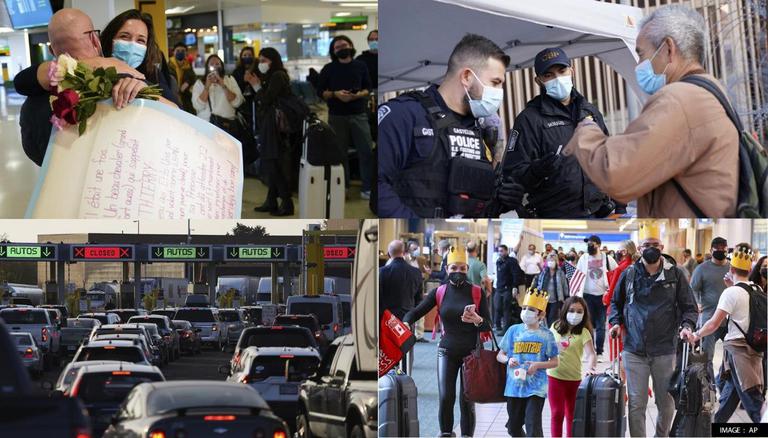 Passengers waited for hours at John F. Kennedy International Airport airport on 8 November after three planes reportedly landed at once on the day the US border reopened to international travellers since the COVID-19 pandemic emerged. The travellers expressed displeasure over the management of the airport as the plane arrived from Manchester and passengers flooded the customs, reported The Daily Mail. A passenger had reportedly shared the footage on social media where the people can be seen waiting at the airport for the first time in more than a year.

Passengers wait for hours at Airport

As per The Daily Mail report, over 10,000 passengers flew from London to New York City on 8 November after the United States authorities opened the country’s border to international travellers after a long time due to COVID. 8600 passengers had boarded 26 aircraft of British Airways while 4500 travellers were ferried on ten shuttles into JFK airport. The number of travellers on the JFK airport was back to pre-pandemic levels. The report stated that the people of the United Kingdom were in tears after they united with their dear ones at the airport.

Paul Richards, 58-year-old Head of Safeguarding for Stoke City F.C., who arrived on board a Virgin Atlantic flight from London to celebrate his son’s 21st birthday had to wait for about two hours before being able to enter the United States, reported USA Today. Marc Evans, a 42-year-old police officer, flew from Manchester, with his wife and two children to visit family for the first time in 20 months, had to wait for more than an hour, as per the USA Today report. A Twitter user who goes by the name Dr Esther Clift in a tweet said that she was waiting for her mother for two hours. Dr Esther Clift in a tweet said, “Beside myself with appalling service of @BritishAirwaysT trying to get my lovely mum on a flight! @HeathrowAirport waiting 2 hours now!.” Responding to her tweet, she added, “She’s gone through security. But we are both in tears… this is not a good experience!.” Long queues were reportedly witnessed at Heathrow’s Terminal 3 as travellers checked in to their flights but had to wait.

She’s gone through security. But we are both in tears… this is not a good experience!