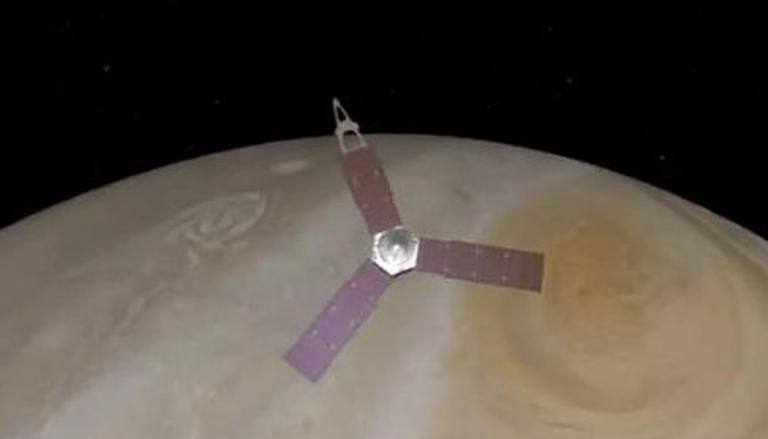 The Juno spacecraft, which has been hovering around Jupiter for over five years, has proven to be a treasure trove in terms of data about the gas giants and its many moons. In a recent development, astronomers have gathered another image courtesy of the Juno spacecraft and its flybys. As shown in the picture below, Jupiter’s moon Ganymede can be found casting a giant shadow on the gas giant, a phenomenon which was snapped by Juno during its 20th flyby in May 2019, Space.com reported.

The picture was released by citizen scientist Kevin M. Gill who regularly posts images from the far-fetched planet on his social media after analysing data beamed back by Juno. The Juno officials release many raw images showing what exactly the spacecraft is exploring and it even has a dedicated camera called JunoCam for citizen scientists. This new image follows the recently released pictures of Ganymede’s craters along with a stunning Jupiter in its crescent phase. 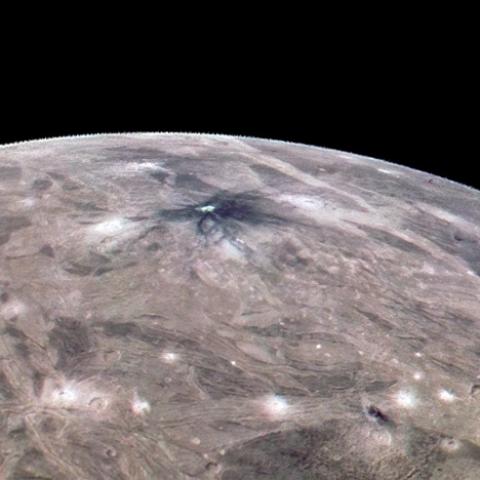 The Juno spacecraft took the above photograph when it made a super close flyby near Ganymede in June 2021, as per the mission team. The probe reportedly was just 1,046 kilometres above Ganymede’s surface at its closest approach. Interestingly, the crater shown in the image is named Kittu and is approximately 15 kilometres across and is surrounded by dark material ejected during the impact that formed the crater. Surprisingly, most of Ganymede’s craters emit bright rays, except for the 1%, which emit dark rays believed to be a result of contamination from the impactor. 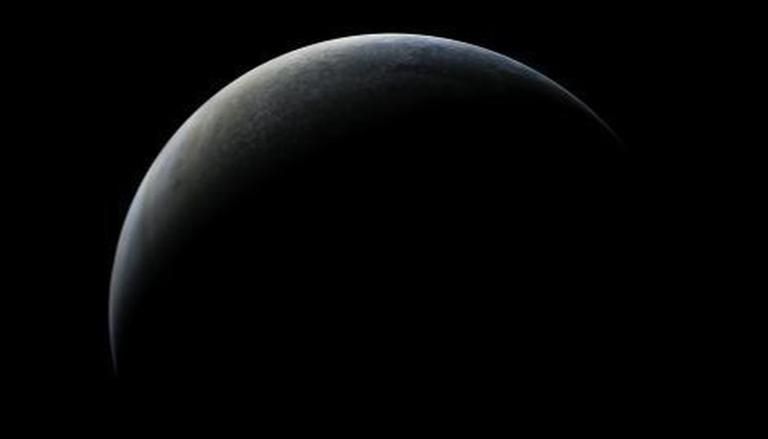 The image above was also taken using the JunoCam when the spacecraft made its 39th flyby of Jupiter on January 12 this year. In a blog released by the mission team, it wrote, “If you could ride along with NASA’s Juno spacecraft as it approaches Jupiter during one of its regular close passes by the giant planet, you would be treated to a striking vista similar to this one”. What makes this photograph special is that spotting Jupiter in this phase from Earth is impossible even using a telescope.