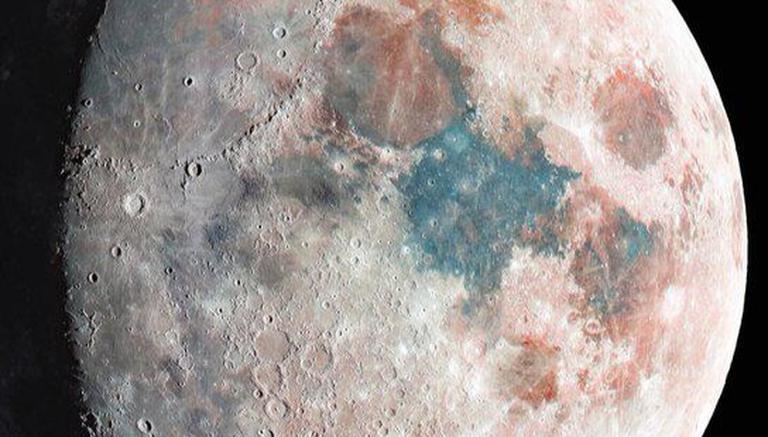 The moon, Earth’s satellite and celestial neighbour has always been a subject of fascination among astronomers as well as photographers. The reason for the moon’s popularity, apart from its proximity from the planet, might be the fact that one does not need a telescope or an advanced digital camera to witness its waning and growing phases every now and then. Besides, astrophotographers keep the excitement alive by sharing images of our planet’s natural satellite with the clearest of images. One such exciting picture of the Moon has emerged again which presents the lunar terrain in exquisite detail. Take a look at the image below.

The above picture has been captured by a Kurdish astrophotographer named Darya Kawa Mirza through his social media handles and is currently winning the internet. According to his description shared on Reddit, this Moon image is the clearest one he has ever produced, after days of processing and merging 400 RAW images. To capture the RAW images, Mirza used his Canon EOS 1200D camera and a Celestron NexStar 8SE telescope.

As you can see, the craters and the overall terrain of the lunar surface is clearly visible along with specific colours, showing the level of sharpness and saturation achieved to highlight them. Ever since the images were posted online, they have won over the audience. On Reddit, the image has garnered 96% upvotes with over 530 comments. His followers have also gone gaga on Instagram as well. The image has been liked by over 23,000 people with 180 comments. The trend for capturing detailed moon phases has been growing as recently, a 16-year old boy produced the clearest image of the moon which soon went viral.

Earlier in May this year, 16-year-old Prathamesh Jaju gained popularity after he shared the most detailed picture of the moon. In an interview with news agency ANI, the boy revealed that he created the picture after stitching together nearly 50,000 shots of the moon. According to him, the RAW data was 100 GB and its processing extended the file to 186 GB. The final file came out at around 600MB after nearly 40 hours of processing, Jaju told ANI. Check out the image below:

This image is an HDR Composite of two different images made to give it a 3-dimensional effect. This is my most detailed and clearest shot of the third quarter Mineral Moon: Prathamesh Jaju