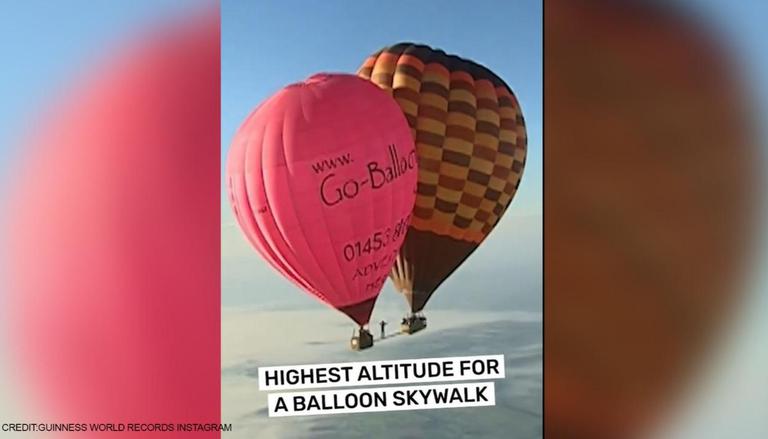 The Guinness World Record, from time to time, shares videos of people who create headlines for their unique talent. While some showcase their speed, others make a mark because of their rarest of rare talent. According to a video uploaded on Instagram by the Guinness book published annually, a UK based man created a record by walking on the highest altitude between two hot air balloons. Though, Mike Howard walked on a beam between two balloons at an altitude of 6,522 m (21,400 ft) near Yeovil, Somerset, in 2004, the throwback video shared by the Guinness World Records is enough to get goosebumps.

Throwback video is enough to get goosebumps

According to the IG post, the near-death act was taped on 1 September 2004, as part of a recording for the Guinness World Records: 50 Years, 50 Records TV show. As the video starts, Howard can be seen walking on a railway track like structure from one balloon to another. In another attempt, he can be seen walking on the same track, but this time, binding a blue handkerchief on his eyes. Surprisingly, Mike Howard crossed the track once again. Similarly, in 1995, the highest trapeze act was performed by Mike Howard between the altitudes of 6,000 and 6,200 m (19,600 and 20,300 ft). Read some of the user reactions. 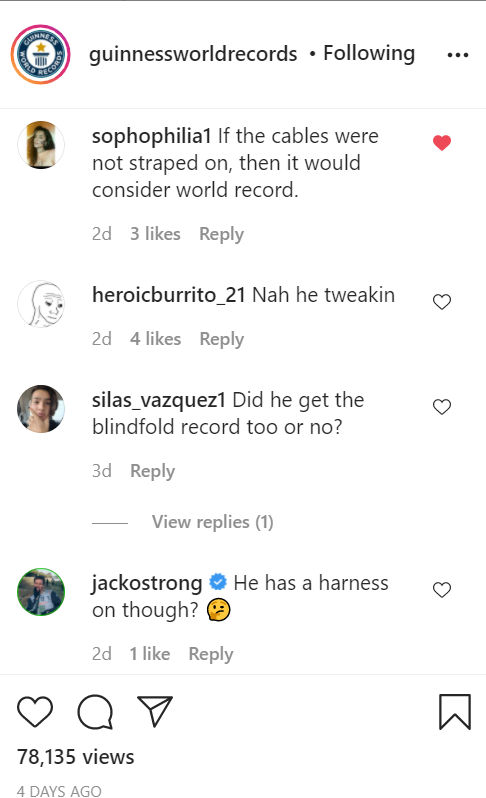 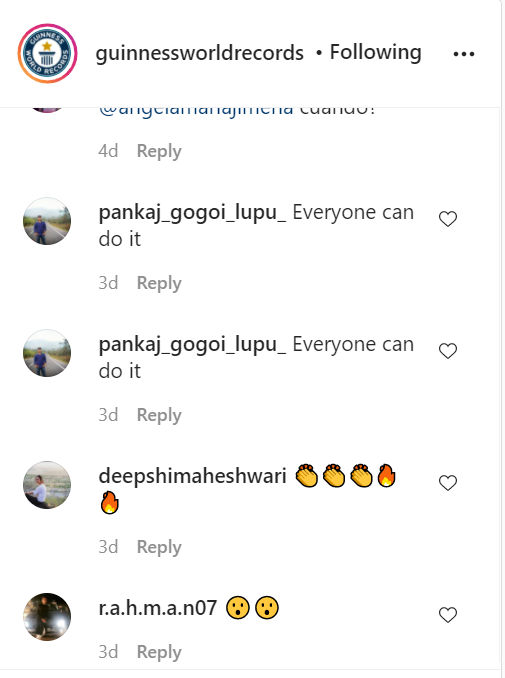 The 2-minute video which was shared four days ago has now become viral on all social media platforms. Till now, the post which was shared on Instagram with the caption: “Walking Between Hot Air Balloons – Guinness World Records” has garnered over seventy-eight thousand views and hundreds of comments. “Omg, he is walking between to balloons with safety!!! Oh no, what if he falls,” read the comment of an Instagram user. “I don’t think so ! #notmeever I won’t even go in a hot air balloon,” read the comment of the second user. Meanwhile, some netizens objected to the way Howard made the world record. They found making world records with all sets of safety measures is quite easy. “If the cables were not strapped on, then it would consider world record,” commented one such user.  “Everyone can do it,” commented the fourth user.

Earlier this month, the Guinness World Records shared an inspirational video of an American woman who had lost her left leg in an accident in 1994, creating a record by running 100 miles (160 km) on the treadmill with a prosthetic leg. According to a statement released by Guinness World Records, Amy Palmiero-Winters created history by running 100 miles (160 km) in 21 hours 43 minutes and 29 seconds. Amy had to undergo an above-the-knee leg amputation following a tragic accident when her motorcycle hit a vehicle in 1994.