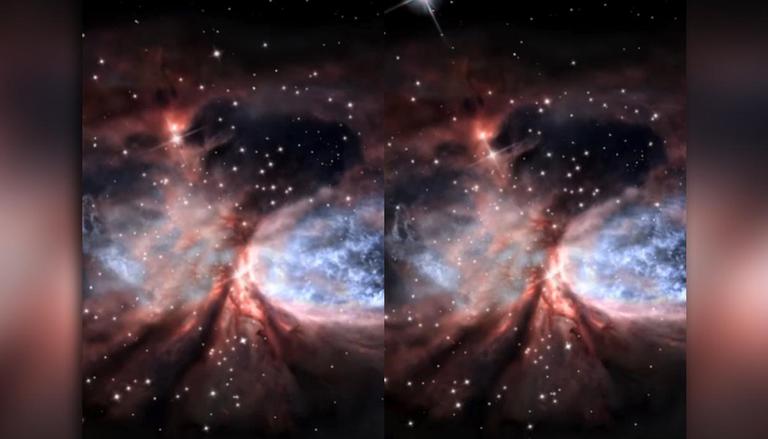 If you are someone who takes a keen interest in celestial bodies and outer space, then the latest post shared by the National Aeronautics and Space Administration (NASA) is surely going to amuse you. Shared on the Instagram account dedicated to the Hubble Space Telescope, the post opens to show an outer space “area with more active star formation”. The post shows a nebula named Sharpless 2-106.

According to NASA, the breathtaking image of Sharpless 2-106 was taken with the help of the ground-based Subaru Telescope. Sharing the picture, the US space agency explained that they entered into an “area with active star formation”. This place is approximately 2,000 light-years away from the blue planet and is situated in an isolated area of the Milky Way Galaxy. NASA further described in the same post that this astonishing nebula is known as “Sharpless 2-106” and is a bipolar star-forming region that has come into existence through the birth of a massive star.

The US space and research agency further explained that IRS 4, which was born some 100,000 years ago, poured dust and hot gas across the nebula, resulting in a mesmerizing appearance. In the video shared by NASA, more than a hundred low-mass brown dwarf stars were also seen spread across the nebula’s gas amid the stellar activity, spanning over two light-years in distance. Since the post went on social media, it has collected more than 38,000 likes and counting, along with hundreds of comments from the users. One user took to the comment section and wrote, “Wow”. Another expressed, “Amazing”. A third person commented, “Beautiful cosmos, the origin of everything that exists”. “Mesmerising,” commented another.