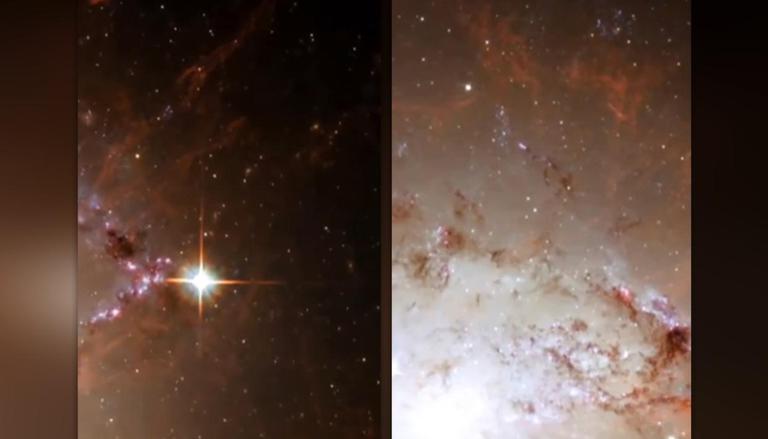 Social media is a treasure trove of content that can inspire, motivate or astonish viewers. Apart from funny memes and videos, it also provides space-related content to users. Continuing with the trend, the National Aeronautics and Space Administration (NASA) has once again created a buzz on the internet by sharing a stunning video about ‘a magnetic force to be reckoned with.’

On Thursday, September 2, NASA, through their official Instagram handle, Nasa Hubble, shared the video which left the netizens in awe. “This stunning galaxy called NGC 1275 contains red filaments near its center which are shaped by a strong magnetic field. These lacy structures are fine threads of gas up to 20,000 light-years long and 200 light-years wide. Observing these filaments allows astronomers to estimate the strength of the magnetic field and how these filaments maintain their structure despite gravitational forces,” they wrote while sharing the video.

Have a look at the video here:

The video left netizens in awe

Since being shared a couple of days ago, the video has won the internet. As of now, it has garnered around 49,000 likes and also accumulated a number of comments from people. Reacting to the video one of the users wrote, “Love this information. How do people remember it all? [sic].” “Beautiful, Wonderful, Gorgeous, Stunning! The characteristics of this Galaxy are beautiful, interesting! [sic],” wrote another user. “It’s amazing and how uncomprehending our heavens are [sic],” expressed a user. Meanwhile, there were many users to took to emojis to show their different reactions to the video.

Here are some reactions by users:

It is pertinent to mention that recently, NASA had shared another video that had created quite a buzz on social media. It had shared a video of two galaxies interacting by their mutual gravitational pull. As per the post, Arp 273, a pair of interacting galaxies, which lies around 300 million light-years away in the constellation Andromeda, recently interacted with another galaxy. Captured by the Hubble Space Telescope, the stunning galactic masterpiece resembles a rose-like structure when it meets. US space agency also explained the reason behind the cosmic rose-like structure.