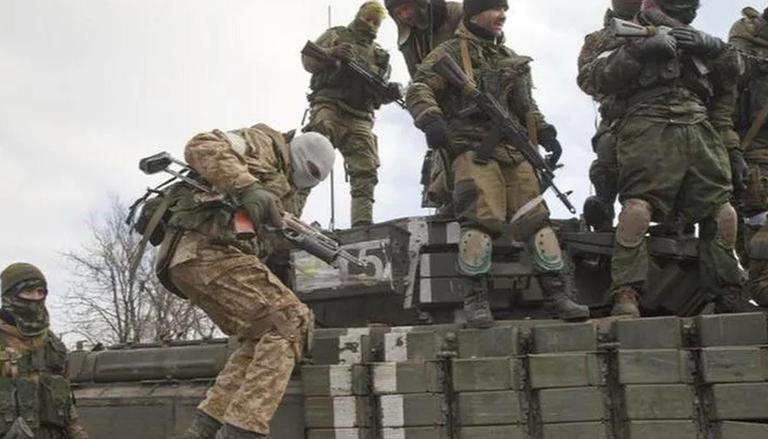 As the war between Russia and Ukraine enters its 46th day with Russian armies wreaking havoc on Ukrainian territory, the Russian Defense Ministry released a video showing its tanks and trucks crossing the Seversky Donets River in Ukraine. The river flows south past Belgorod in Russia before entering Ukraine and passes to the east of Kharkiv– the country’s second-largest city.

In the visuals accessed by Republic Media Network, Russian tanks and armoured vehicles can be seen crossing a pontoon bridge on the Seversky Donets River, suggesting that the Russian military offensive is far from over.

Sharing the footage, the Russian Defence Ministry wrote, “The firing position of the Ukrainian armoured personnel carrier was located in a densely built industrial area, which was discovered by an unmanned aircraft and destroyed by a strike”.

Meanwhile, Ukrainian forces, continue to put up stiff resistance against the Russian troops.

Till now, Russia has lost 19,300 troops along with 722 war tanks since the onset of the invasion, as per data shared by the Ukrainian Army’s General Staff on its social media account.

The British Prime Minister promised to assist Ukraine in the war by providing more weapons and anti-ship missiles to the Ukrainian military, lauding Zelenskyy’s invincible heroism and tough resilience. Johnson said that Russian President Vladimir Putin and his monstrous aims are being thwarted.

Ukraine’s Ministry of Defense has also claimed that Russia is unable to continue the production of modern weapons owing to its dependency on imported high technology. Due to a lack of foreign components, Russian shipyards have halted ship production, it said.