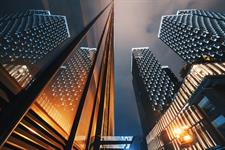 SARASOTA, FL: Newswire has expanded its advisory services, rebranding its program as the Media and Marketing Guided Tour.

The impetus for the added services was clients expressing a growing need for assistance in strategy, execution and an increase in the value of press releases, according to CMO Charlie Terenzio.

“Internal marcomms team are wearing so many different hats from paid advertising to content, crisis comms, media outreach, the website and speechwriting,” he said. “Small and medium-sized companies typically don’t have people that specialize in each of those areas. They may have one, two or three generalists.”

For those PR departments, signing up for Newswire’s added services would be as if they were extending their teams, he explained.

Clients can get an annual plan for media outreach. It will identify audiences, story topics and ways to pitch for placements.

“We’re not just giving them a huge, 48-page PDF of a strategy, but we are actually implementing that strategy,” Terenzio said.

Newswire originally focused on press release distribution. In 2019, the company branched out to healthcare and tech comms consulting and later launched the Earned Media Advantage Guided Tour. That program, which focused on pitching journalists and implementing email marketing, has evolved into the expanded services.