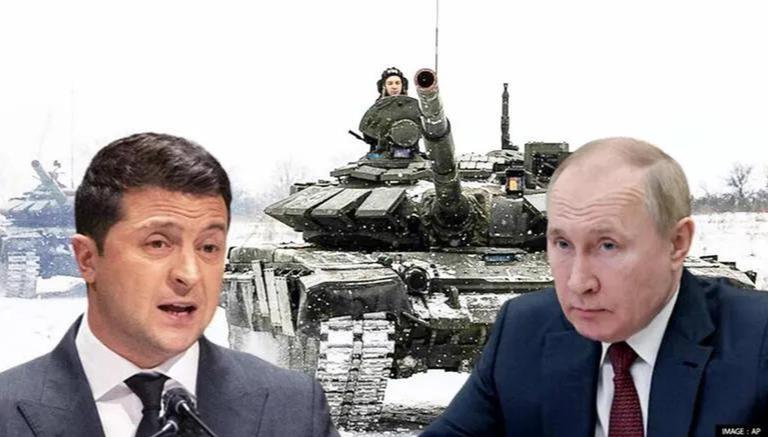 As the ongoing military aggression in Kyiv entered its first month, the next round of negotiations between invading Russia and embattled Ukraine will take place in Turkey from March 28 to 30. According to reports, Ukrainian negotiator David Arakhamia confirmed this on social media. It is important to note that Russia and Ukraine have not managed to make a breakthrough in their initial top-level talks on March 10 in Antalya.

Earlier on March 18, Turkish President Recep Tayyip Erdogan held a phone conversation with his Russian counterpart Vladimir Putin and had offered to host him and Ukrainian leader Volodymyr Zelenskyy for negotiations amid the ongoing war, as per his office.

Meanwhile, Kyiv’s military intelligence chief on Sunday asserted that the Putin-led Russia would attempt to break Ukraine into two parts– Eastern Ukraine and Southern Ukraine. According to The Associated Press, the latest statement from Ukraine military intelligence chief Kyrylo Budanov came in a release issued by the Ukrainian Defense Ministry on Sunday. Budanov noted that Russian President Vladimir Putin has realised that “he can’t swallow the entire country” and hence would likely try to split the country under “the Korean scenario.”

Meanwhile, Ukrainian President Volodymyr Zelenskyy has signed a law restricting the reporting on troop and military equipment movement unless such information has been announced or approved by the military general staff.

The state news agency Ukrinform reported on Sunday that the law calls for potential prison terms of three to eight years for violations. The law bans “unauthorized dissemination of information about the direction, movement of international military assistance to Ukraine, the movement, movement or deployment of the Armed Forces of Ukraine or other military formations of Ukraine, committed in a state of martial law or a state of emergency,” Ukrinform said.