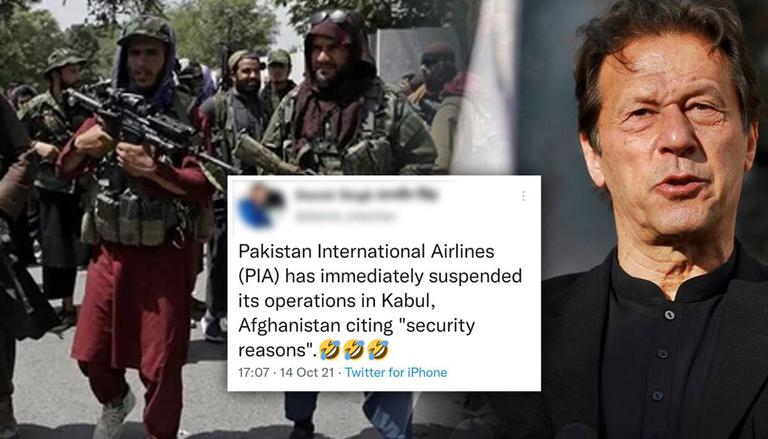 Since the Taliban reclaimed power in Afghanistan last month, PIA was the first airline to send a passenger flight to Kabul. Pakistan’s military and intelligence services, on the other hand, kept close connections with the Taliban throughout the Afghan conflict. However, PIA’s recent decision of suspending flights to Kabul suggest that the relationship has deteriorated. Pakistan International Airlines (PIA) halted flights to Afghanistan’s capital blaming “heavy-handed” Taliban interference, which included arbitrary rule changes and employee intimidation.

After the Taliban threatened to lower ticket costs, PIA suspended operations in Kabul. According to Republic Media Network sources, a Pakistani official was also detained at gunpoint by Taliban fighters in Kabul for several hours. The PIA employees were only released after the Pakistani embassy in Kabul intervened. Multiple incidences of threats against airline employees have also been reported.

This resulted in the return of 176 people and a loss of roughly half a million dollars for the Pakistani airline. The announcement drew a lot of attention from the netizens as they started trolling Pakistan’s decision on the PIA’s social media handle. Take a look at some of the responses:

Reason could be, something they didn’t receive which they were expecting from Afghanistan.

The PIA has halted operations due to “heavy-handedness,” according to CNN. The PIA’s country representative in Afghanistan was held at gunpoint for several hours on suspicion of assisting people in fleeing the war-torn country, according to the media outlet.

“It was tough for PIA to fly into Kabul against all odds. The decision to keep flying into Kabul was taken on purely humanitarian grounds,” PIA spokesperson Abdullah Khan told CNN. The suspension of PIA flights from Kabul came when Afghanistan’s Aviation Minister, without warning, decreased the manifest of a flight on which passengers were already checking in, by 50%.