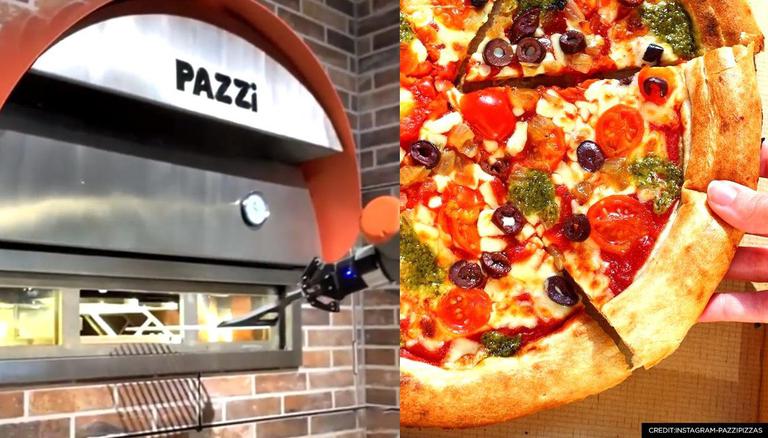 A robot prepares, bakes and serves pizza in the Pazzi restaurant in Paris. The glass-enclosed technology is capable of producing up to 80 pizzas per hour. The process involves the customer ordering pizza on an automatic machine and then all the process is completed by the robot.

Pizza prepared by the robot

After ordering the pizza, the customers can watch as the arms of the robot flatten the dough, spread the tomato sauce. The machine adds the ingredients and puts the pizza in the oven. After the pizza is cooked, the robot places the pizza in its box.

Sebastien Roverso, co-founder and inventor of the  Pazzi robot told Lefigaro.fr that the automated machine has the intelligence to identify the ingredients of the pizza. Roverso explained that in case the dough is heavy, the robot can correct itself. Sebastien Roverso and Cyril Hamon had developed the robot in 2019. They installed the robot the first restaurant in the Val-d’Europe shopping center in 2019 that costed €500,000.

In a similar incident, Paella, a very famous dish from Spain, was recently cooked by a robot. Spanish company Br5 has developed a robo-arm that can cook one of the most popular dishes, paella, without burning a grain of rice. A video has surfaced on social media which shows a robot cooking Spain’s traditional dish. The robot has been programmed with a paella recipe and when the chef adds rice and other ingredients, the robot arm cooks the dish. The world’s first robotic paellera was unveiled at a hospitality industry fair in April and it has since made people curious. Br5’s founder, Enrique Lillo told The Guardian the invention is the latest in a long line of labour-saving devices that save human time and energy and allows them to focus on creativity.