For the past few weeks, more than a dozen women of all ages and backgrounds have come together to participate in a project that is breaking down barriers to employment.

Held at MercyCare’s office in one of WA’s most diverse suburbs, the upcycling project has helped refugee and asylum seeker women gain necessary training and skills for employment.

Iraqi refugee Margarit Saroean is one of the 17 women involved.

She’s been attending weekly sessions in Mirrabooka to learn how to upcycle used workwear into other reusable items.

“I have some experience in sewing but [the project] supports and encourages us to learn more so we can work because we have to work,” Ms Saroean said.

The former dental assistant arrived in Perth in 2019 and studies English at TAFE, in the hope of improving her chances of finding a new job.

“Everyone here has left their homeland because of war or other tough situations, and they have come to a new country,” she said.

“So it’s important to have opportunities to learn the language and get training so we can eventually join the workforce and make a living.”

The project is run by Loop Upcycling, a local social enterprise group which partners with large companies to repurpose used corporate uniforms as an innovative solution to mitigate textiles from landfill.

Loop partners with community organisations like MercyCare to run the re-manufacturing process, which provides participants with four training sessions before they are certified to upcycle products and get paid.

During the sessions, the women are supported by teachers, volunteers, translators, and each other. Items like uniforms and work wear are repurposed in a bid to stop textiles from going to landfill.(ABC News: Tabarak Al Jrood)

For refugees like Ms Saroean, that support has been crucial.

“Everyone is so nice and welcoming … the teachers and the other women here are lovely to be around,” she said.

“While I can understand some words, I struggle with responding in English, but they are very understanding and patient and that makes me happy.”

The upcycling project has so far drawn a diverse group of MercyCare’s clients who came to Australia as refugees or asylum seekers from countries including Iraq, Iran, Syria, Ethiopia, Burma and Afghanistan.

The women were tasked with upcycling redundant uniforms into new, useful products such as tote bags, duffle bags, backpacks, hats and much more. 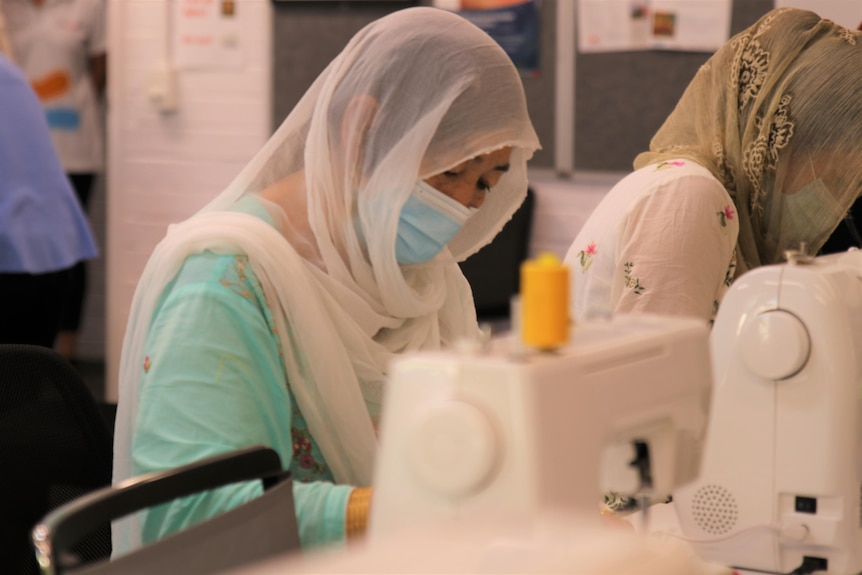 They receive $10 to $14 from Loop for each new product they make, depending on its complexity.

“It’s a really important project, because it not only fosters social inclusion, but it also gives the women the opportunity to contribute financially to their families,” MercyCare’s employment liaison officer Jacqui Whelan said.

“And for many, this is their first income since arriving in Australia.”

While it may not seem like much to some, for Burmese refugee Muh Say, it comes as a blessing.

The 62-year-old looked after dormitory students and taught basic sewing at a refugee camp on the Thai-Burma border for 12 years. She arrived in Australia at the end of March in 2019 with her family of eight.

“I came to Australia for a better future, looking for more opportunities and freedom,” she said.

“This project is very important for me because if I learn how to sew the products, I have an opportunity to earn money to support my family,” she said.

Ms Whelan said she found sewing to be one of the best ways to engage disadvantaged and vulnerable women.

“There are many barriers for these women to entering the traditional workforce, including language barriers and training, but for many, sewing is a skill they already have,” she said. She said the best thing about the project was that English wasn’t a requirement.

“This program is so visual and the way it’s designed is to actually build on their English for the industry,” she said.

“It really smashes those barriers that many of the women are facing to get into employment.

“It builds confidence, it builds on the skills that they already have, and it creates financial independence.” 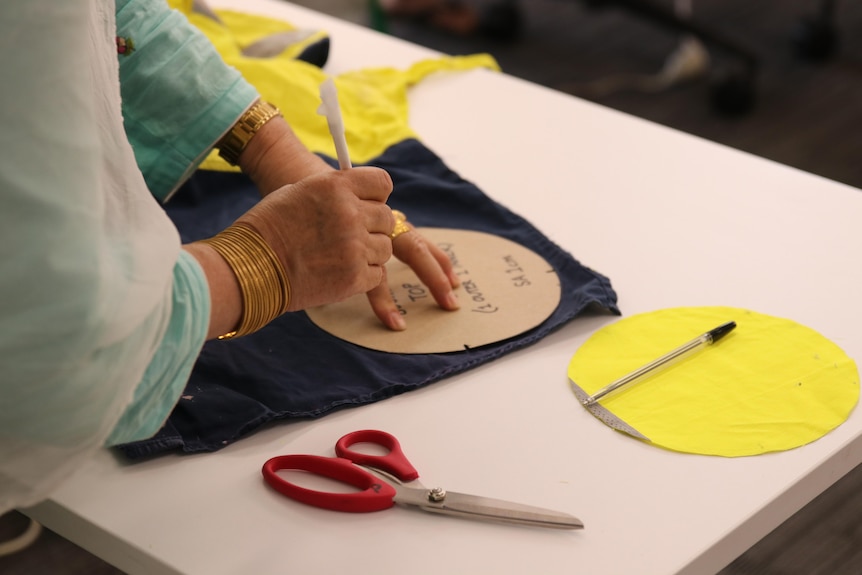 The project has also encouraged participants to build their understanding around small enterprise by upskilling them with business skills like invoicing.

Ms Whelan said that gave the women “a sense of purpose and fulfilment.”

“We know that with the right support, they are valuable and meaningful contributors to the employment space and the community at large,” she said.

Australia is the world’s second largest consumer of textiles, discarding close to 800,000 tonnes of clothing and textiles each year, at a rate of around 15 tonnes every 10 minutes.

“We support new migrants and refugees, people with disabilities or mental illnesses, victims of domestic violence, those in the justice system and the homeless,” Loop’s development director Liz Moss said.

“For the women at MercyCare, Loop provides them with flexible employment and we’re able to adapt what we need around their skill levels, language skills, anything that they need.”

Loop provides their service to large companies like Clough and the Water Corporation by giving their used corporate uniforms a second life.

Water Corporation’s head of customer strategy and engagement Anna Pearce said the upcycled items have been very useful in the workplace. “They’ve taken our workwear uniforms and they’ve created a range of products [including] large bags that we can use on site to carry safety glasses, water bottles and hats,” she said.

“They’ve also made smaller stuff that we use out in the market when we’re talking about waterwise plants and seedlings and those sorts of things, so we take them to the Royal Show and different events and festivals.”

Ms Pearce said she hopes other organisations decide to participate in similar partnerships. 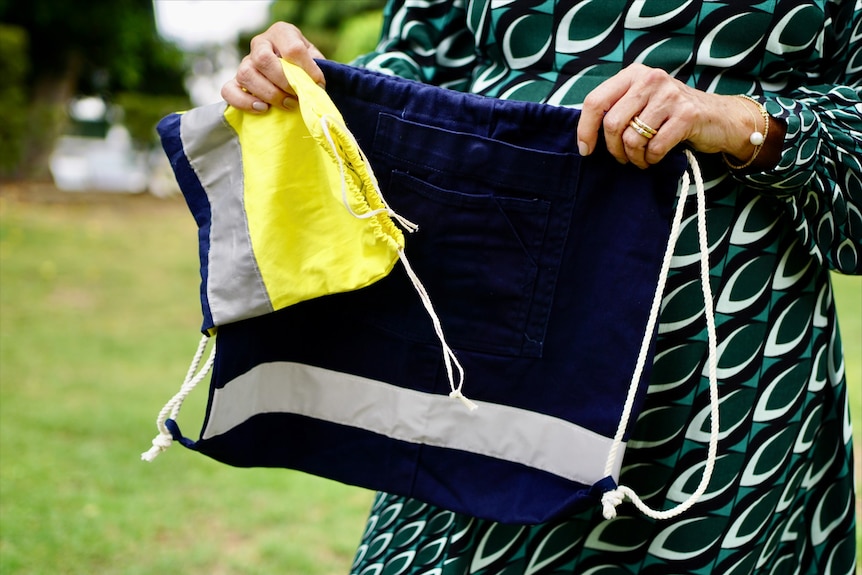 A bag created out of recycled materials, including a hi-vis vest, at the Mirrabooka workshops.(ABC News: Tabarak Al Jrood)

“Our values are really about supporting circular economy and making sure that we are being ethical and sustainable and to see larger and smaller corporations participate would be amazing,” she said.

“And also, being able to support vulnerable members of the community and creating valuable employment and training is really important.”

New training sessions at MercyCare are expected to run again next month to offer more life-changing opportunities to women in need.