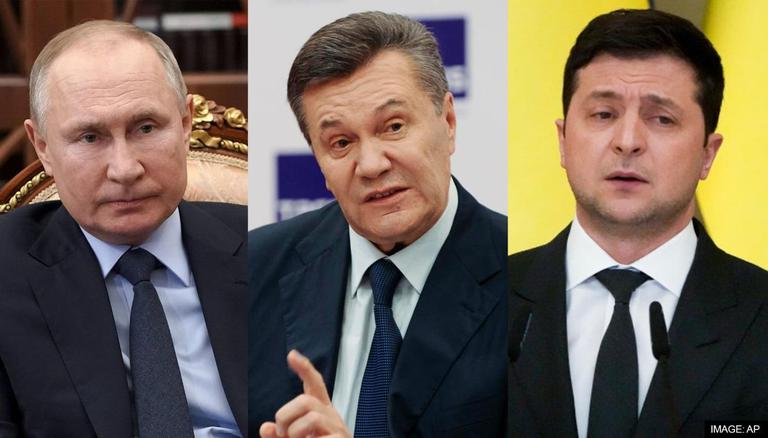 Elected as President of Ukraine in 2010, Yanukovych rejected a pending EU association agreement, choosing instead to pursue a Russian loan bailout and closer ties with Russia. This led to protests and the occupation of Kyiv’s Independence Square, a series of events dubbed the “Euromaidan” by proponents of aligning Ukraine toward the European Union. Ukraine appeared to be on the brink of civil war, as violent clashes between protesters and special police forces led to many deaths and injuries in February 2014.

Yanukovych claimed that, after lengthy discussions, he had reached an agreement with the opposition. However, later that day, he left the capital for Kharkiv, saying his car was shot at as he left Kyiv, travelling next to Crimea, and eventually to exile in southern Russia. On February 24, he was ousted from the position.

He was succeeded by Oleksandr Turchynov, and then by Petro Poroshenko. In 2019, Zelenskyy was elected President of Ukraine, beating the incumbent, Poroshenko with nearly 73 per cent of the vote to his 25 per cent.

Putin’s move to demilitarize Ukraine- a move to destroy it politically?

Announcing a special military operation in Ukraine on February 24, Putin had said that the motive behind it was not to ‘capture ‘the Eastern European country but just to ‘demilitarize’.

Thereafter, in a video address, Zelenskyy had said, “According to our information, the enemy marked me as the number one target. My family is the number two goal. They want to destroy Ukraine politically by destroying the Head of State.”

Seventh-day of Russia’s invasion of Ukraine, the RIA agency reported that the Russian Armed Forces have taken full control of the southern city of Kherson in Ukraine. In a photo doing the rounds on social media, a huge convoy of Russian troops could be seen in Kherson city, located just above Crimea.

The latest Intelligence update by the Ukraine’s Ministry of Defence stated that heavy Russian artillery and airstrikes have continues to target built-up areas over the past 24 hours, primarily focused on cities of Kharkiv, Kyiv, Mariupol, and Chernihiv. The number of civilians displaced and forced to flee Putin’s invasion has reportedly passed 6,60,000″ it added.

The situation continues to deteriorate in spite of the western bodies imposing sanctions one after the other, to weaken Russia, and stop its offensive against Ukraine.