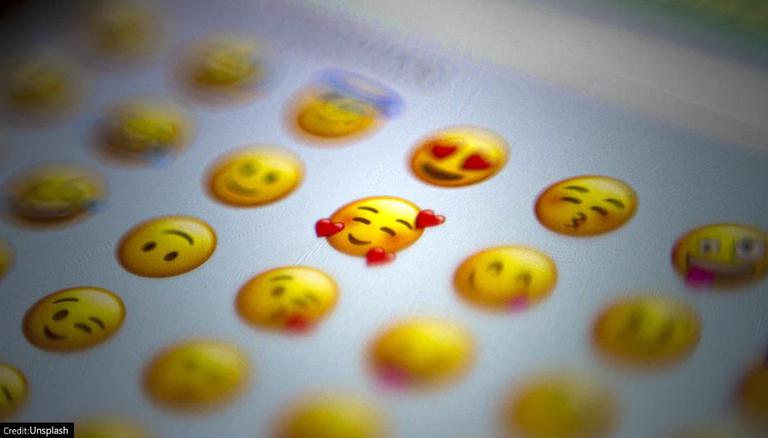 In this era of digital media, conveying the right emotions and feelings is very important. While doing it through words might not always be enough, there are over 3000 emojis as per the Unicode Standard (October 2020), which help people communicate with better context and engagement. These small illustrations are the same across all platforms and are widely used by people. As per listing by the World Emoji Day website, over 900 million emojis are sent every day across the world through different social media platforms. Today, on the occasion of World Emoji Day 2021, have a look at the most popular emojis and emoji meanings.

Following are the most popular emojis across several social media platforms. It is important to note that rankings and appearance might differ with different social media platforms. However, the following Emojis are among the most popular emojis on the internet. Apparently, people like sending the pleading face and the loudly crying face a lot more than a simple smiling face with smiling eyes.

Meanings of Most Popular Emojis

1. Face with Tears of Joy: This emoji represents someone laughing so hard that tears gush out of their eyes. The emoji is used to express something funny and humorous, with varying usage depending upon the context.

2. Loudly Crying Face: This emoji represents a face that is crying. However, the usage depends upon the context, ranging from overwhelming sentiments from happiness to sorrow.

3. Pleading face: It depicts a face with puppy-like cute eyes. It is used when someone is trying to plead or win the other person’s trust and compassion.

4. Red Heart: A classic red heart emoji represents the expression of love and romance. This emoji is used in varied contexts ranging from converting warm feelings, love and a strong emotional bond between people.

5. Rolling on the Floor Laughing: A yellow face with a big grin which is tilted to its side as if rolling on the floor while laughing hard. The emoji might be used to comment upon anything hilarious.

6. Sparkles: It is a cluster of shining stars, usually three in number, which is used to depict positive sentiments like gratitude, excitement, love etc.

7. Smiling Face with Heart-Eyes: A yellow face with dimpled cheeks and heart shape eyes, the emoji represents feelings of love or infatuation. It is also used to express excitement or complement something.

8. Folded Hands: This emoji has two hands that are pressed together palm-to-palm. It represents the sentiments of gratitude, respect, hope, prays and is used generally by people to thank other people.

9. Smiling Face with Hearts: It has a smiling face with three hearts situated all over the face. It represents the feeling of being loved, taken care of or feeling in love with someone or something.

10. Smiling Face with Smiling Eyes: Perhaps the most generic emojis of all, the smiling face with smiling eyes are used to convey sentiments about happiness, joy, content, and conveys the visual of a smile.