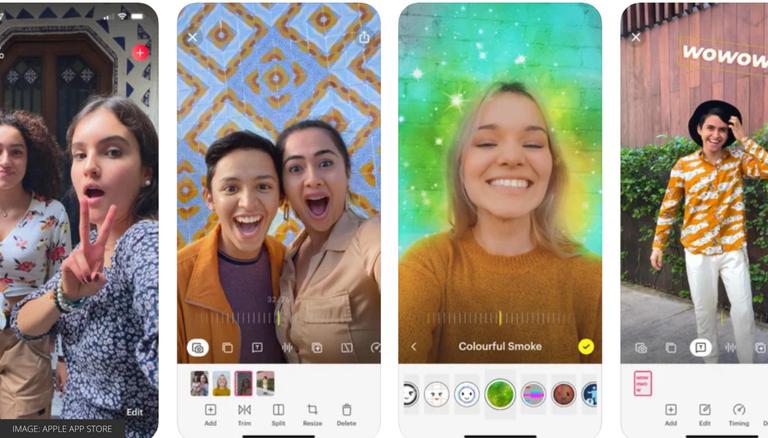 Snapchat is one of the most popular photos sharing platforms out there. It is owned and run by Snap. The application is available on both Android and iOS smartphones and it allows users to share photos or short videos with friends and family. Snapchat also has multiple filters that can be applied to photos or videos and use augmented reality to change the appearance of the user, making the application more interesting to use. Most recently, Snap has announced a new video editing application called Story Studio.

The Snap Story Studio application was revealed by the company back in May, during the Snap Partner Summit. Essentially, it is an application that allows users to create short-format videos, like those published on platforms such as TikTok, Instagram Reels, YouTube Shorts and more. However, it is important to note that the Story Studio app by Snap can only be used to create vertical videos, which is the standard video format for several short video applications.

What can be done on the Story Studio app by Snap?

The Story Studio application by Snap is available only for iOS users. The application will enable users to create videos that can be easily shared on multiple social media platforms. The video editing options available on the application include the addition of layers, captions, stickers, trimming and resizing of videos among others. Additionally, the application allows creators to use the AR lenses in Snapchat, along with the Sounds library that contains a lot of songs that can be used to create videos. The availability of Story Studio on Android in still unknown.

Using Story Studio, one can export videos to Snapchat, which can then be shared as Spotlight or Story. Like other photos or videos on Snapchat, these videos can also be downloaded and shared via different platforms. Besides, the application has an auto-save feature that allows users to work on multiple projects at once, and one can switch from one project to another. Unlike other short videos editing applications, Story Studio will not add a watermark on videos. The application is only available for iOS users in some selected regions and is compatible with iPhones that have an A12 processor or newer.