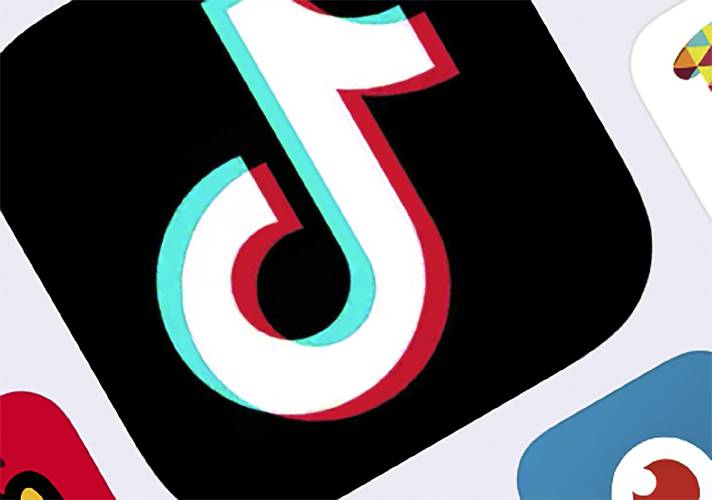 As schools across the country are seeing an increase in behavior problems associated with social media “challenges” that encourage theft, vandalism and sometimes even violence, New Hampshire educators are expressing concern over the negative impact of social media on students during an already turbulent pandemic year.

In September, a challenge known as “devious licks” became popular on the video sharing app TikTok, where students post videos of themselves vandalizing or stealing items they stole from school. Locally at Concord High School, principal Michael Reardon said there was a series of vandalism in the first month of school where a few students removed soap dispensers from the school bathrooms. At Rundlett Middle School students also removed soap dispensers from the walls and threw them into toilets, according to principal Paulette Fitzgerald. Nearby, Merrimack Valley High School also had soap dispensers stolen and knocked off the walls.

In early October, Concord superintendent Kathleen Murphy wrote in a letter to families saying participation in harmful TikTok activities “will not be tolerated” and that students should expect “serious consequences” that would limit school privileges and could involve Concord Police.

“I strongly urge families to monitor their students’ use of social media sites,” Murphy wrote. “Sites such as ‘Instagram’ contain messages that have spurred unnecessary emotional issues for adolescents. Our students face many stressors in their daily lives – they absolutely do not need the negativity that is often found on some of these social media sites.”

According to the calendar of TikTok challenges circulating online, October’s challenge is ‘slap a teacher,’ a suggestion that has caused shock and concern among educators. New Hampshire Education Commissioner Frank Edelblut weighed in on the issue this month, calling on New Hampshire school administrators to talk to students before it becomes a problem.

“While many TikTok challenges are harmless, this latest social media dare is highly inappropriate and could create an unsafe situation in our schools,” Edelblut said in a public statement. “We are asking that educators be aware of the challenge and, if they feel it is necessary, that administrators communicate with their students about the dangers and potentially serious implications associated with slapping a teacher.”

Neither Rundlett nor Concord High School has experienced any slapping of teachers, according to the principals. At both schools, the perpetrators of the bathroom vandalism were caught and at Concord High the soap dispensers were returned. Reardon noted that each incident at Concord High involved freshmen, something he called “confounding, and more than a little frustrating.”

Reardon speculates that the turbulence of the last pandemic year has something to do with the behavior.

“These are kids who are 14 years old and haven’t been in school for the last two years or so,” Reardon said. “The past two years have kind of taken away their sense of how to navigate the rhythms and negotiations of how to be in school on a daily basis. They need more time to acclimate themselves to that sort of thing.”

Earlier this month Facebook whistleblower Frances Haugen’s testimony to Congress about the dangers of Facebook and Instagram for young children sparked national conversations about online use and safety for kids. Haugen leaked several studies showing that the sites are addictive and have a negative impact on kids’ mental health, especially teenage girls.

“Those little tools are so prevalent in kids’ lives, it’s part of the way that they navigate their days,” Reardon said. “And in some unfortunate cases, they are being manipulated by peers – as we’ve learned recently, by powerful organizations – who customize some kind of a ‘feed’ to kids, especially young girls, that gets them feeling bad about themselves. It can get toxic.”

Fitzgerald said that when it comes to social media, schools should do what they do best – inform and educate kids, and have conversations with them about their digital footprint and the consequences of their online actions.

“Social media is a really challenging thing for kids this age,” Fitzgerald said. “They want to be connected with their friends, they want to seek the approval of their friends, and they do things that are highly inappropriate sometimes…For middle schoolers, we know that their brains aren’t fully developed, the fontal lobe that helps with decision making. Education is key.”

At many schools, including Rundlett, digital learning specialists do work with students on media literacy and navigating the internet safely. At Merrimack Valley High School, the school resource officer and school therapist conduct presentations in the classroom about preventing cyberbullying and safely navigating social media, according to principal David Miller.

Miller said Merrimack Valley High School’s bathroom vandalism stopped after he sent an email to students and parents, calling for an end to the TikTok challenges.

“I am happy to report that our students have refrained from participating in these types of ‘challenges’ when asked to do so,” Miller wrote on Thursday. “I am appreciative of their individual effort, and I am proud of their social awareness in recognizing that these ‘challenges’ do not promote a safe and accepting school culture.”