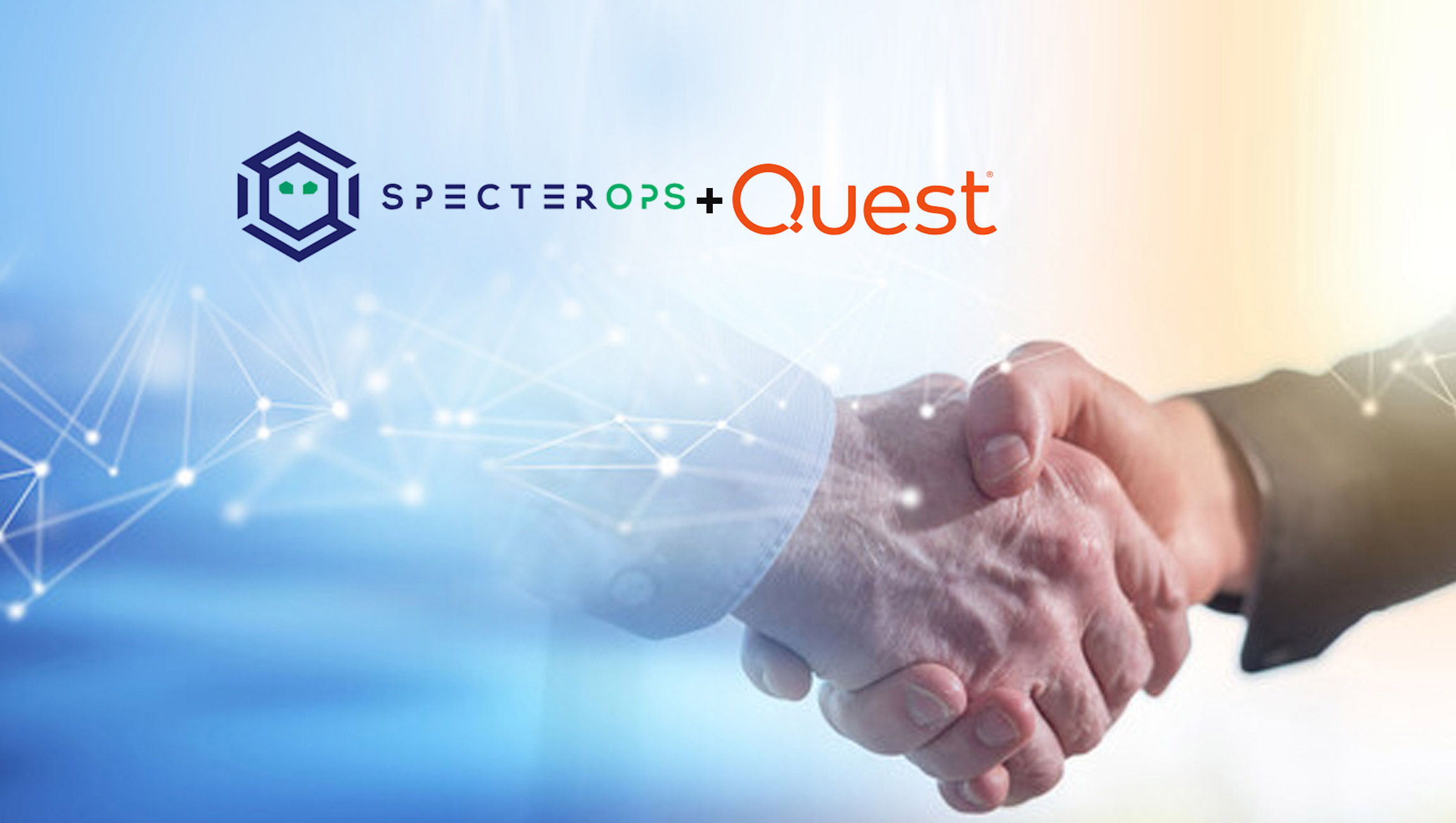 Quest Software, a global systems management, data protection and security software provider, announced a strategic partnership with SpecterOps, a provider of adversary-focused cybersecurity solutions, to help organizations defend against attacks in Active Directory (AD) and Microsoft 365 environments. Given that Microsoft reported over 25 billion attempted attacks on enterprise accounts in 2021, finding an attack path to an organization’s AD is virtually guaranteed. SpecterOps BloodHound Enterprise prioritizes and quantifies attack path choke points, enabling customers to focus their remediation efforts on eliminating the paths that provide the most exposure. This partnership highlights Quest’s continued commitment to strengthening the cyber resilience of its customers’ enterprises.

“Historically, other solutions have failed to focus on what’s most important — the thousands of paths an attacker can exploit that lead from ordinary user accounts or computers all the way to a critical Tier 0 asset like a domain controller, privileged group or backup,” said Michael Tweddle, President and General Manager at Quest. “To further improve our cyber resiliency offering, Quest has partnered with SpecterOps to empower organizations to eliminate AD attack paths that lead to their highest value targets – all while empowering them to track improvement to their security posture over time.”

Traditionally, eliminating attack paths has been a challenge, as security practitioners tend to think in lists (checking thousands of generic configuration issues) while adversaries think in graphs — making it easier for them to find an effective attack route. In this strategic partnership, Quest’s AD management and auditing solutions work together with SpecterOps BloodHound Enterprise to solve this problem by arming defenders with a graphical mapping of all AD attack paths, enabling defenders to easily identify, prioritize and eliminate the most vital avenues that attackers can exploit.

Additionally, SpecterOps BloodHound Enterprise monitors and measures the improvement of an organization’s security posture over time via a C-level report card, which highlights risk reduction as misconfigurations are remediated and choke points are eliminated.

“Now, in partnership with Quest’s AD Management and Auditing solutions, customers are better equipped to defend against increasing AD attacks as well as minimize potential threats with both preventative and restorative measures,” said David McGuire, CEO at SpecterOps. “Our Attack Path Management methodology has proven to be wildly successful in helping organizations reduce their exposure to Attack Paths in traditional Active Directory, and we’re excited to work with Quest to make it more widely available.”