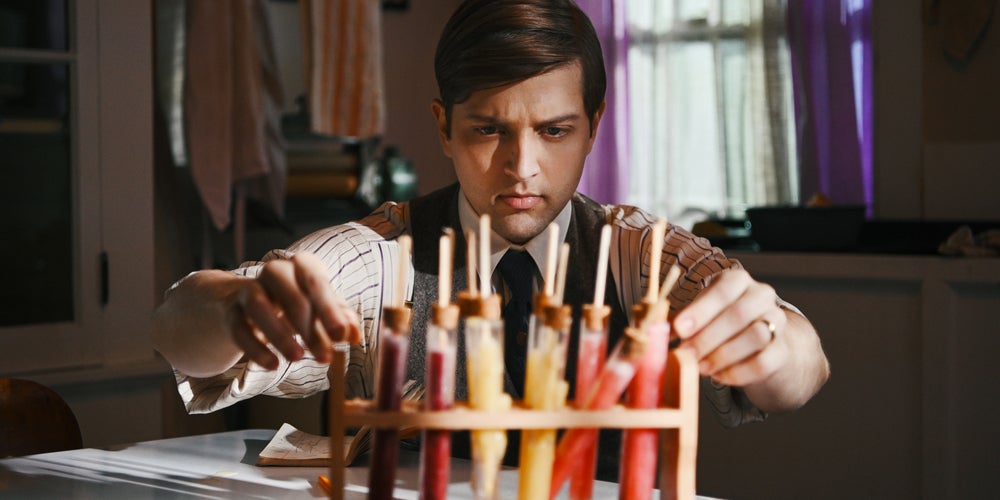 This special content series is made possible by The HISTORY Channel®. Watch the incredible stories behind iconic brands, entrepreneurs, and rivalries that drove groundbreaking innovation. Don’t miss the Memorial Day premieres of the documentary series, The Food That Built America at 8/7c followed by The Titans That Built America at 9/8c.

Andy Spearing’s company is 135 years old, and he knows exactly what’s kept it alive that long.

“We’d rather lose money on a job than the customer be unhappy,” Spearing says. “Unhappy customers pretty quickly will ruin your business. It’s hard to get to 135 years of history with unhappy customers.”

Spearing and his team now have a big job ahead of them: As the owners of Pike Awning in Portland, Oregon, they must reinvent their legacy business — drawing in new customers while keeping the old ones just as happy as before.

Spearing is part of a new generation of leaders at Pike Awning. When the company opened in 1891, it sold a wider range of products — but over time, it zeroed in on custom awnings that it serves to customers who are mostly local or regional. Now the company faces a pivotal moment, with new leaders, many of its longtime employees retiring, and the realization that to truly grow the business, Pike Awning will need to expand the products it creates and the customers it serves.

For more content like this, don’t miss The HISTORY Channel® Memorial Day documentary series event beginning at 8/7c! Watch The Food That Built America, chronicling the origin stories of rivalries behind some of food’s most iconic brands, and The Titans That Built America, that tells the fascinating history of brilliant and sometimes ruthless visionaries behind notable innovations

Spearing says that he, his siblings, and his cousin — who have taken over from the family’s previous generation of leaders — are excited for the challenge. But they’re taking it slow and steady.

“We definitely want to and need to ensure that we’re being stable,” Spearing says. “We’re not changing things too much for right now, because there’s already so much change in the business between people, personnel, and everything.” So instead, he says, he’s speaking to his employees about incremental improvements. “Let’s look towards the future,” he tells them, “and let’s think about what else we can do that we haven’t.”

To hear more about how Spearing and his team are managing change at such an old institution, watch the video above.