Needing to call an airline’s customer service hotline is usually a sign that your travel plans have been derailed. And whether you’re looking to rebook yourself after a flight has been canceled or need help changing a reservation, speaking to another person who can answer your questions in real-time can help get things back on track quickly. But if you fly one big domestic carrier, you won’t be able to pick up your phone for assistance from now on. Read on to see which major U.S. airline just got rid of its customer service line.

READ THIS NEXT: American Is Barring Passengers From Doing This on Flights, Starting Now.

Even before the COVID-19 pandemic took its toll on travel, the airline industry has long faced constant challenges while trying to stay profitable. But as passengers return to the skies after a nearly two-year lull in bookings, carriers are trying to reposition themselves while remaining competitive and attracting prospective passengers.ae0fcc31ae342fd3a1346ebb1f342fcb

For most airlines, the strategy has involved reshuffling routes to better match demand. As a result, many have scaled back their departures to some areas, while others have pulled out of some cities and major airports entirely. Smaller regional destinations have especially seen service affected: During an appearance at the Airports Council International annual conference in Minneapolis on Sept. 20, Delta CEO Ed Bastian said “you’re never again gonna see the 50-seat aircraft have the level of prominence in the industry” as the carrier turned its attention to Europe and other international destinations.

But companies are also changing their operations that will affect the traveler experience. Recently, American Airlines revised its boarding and seating policy to ban passengers from upgrading themselves from regular economy to Main Cabin Extra seats if they don’t pay for them in advance, according to a post from Twitter user @xJonNYC. And now, another major airline is making a change by dropping an industry-standard traveler support tool. 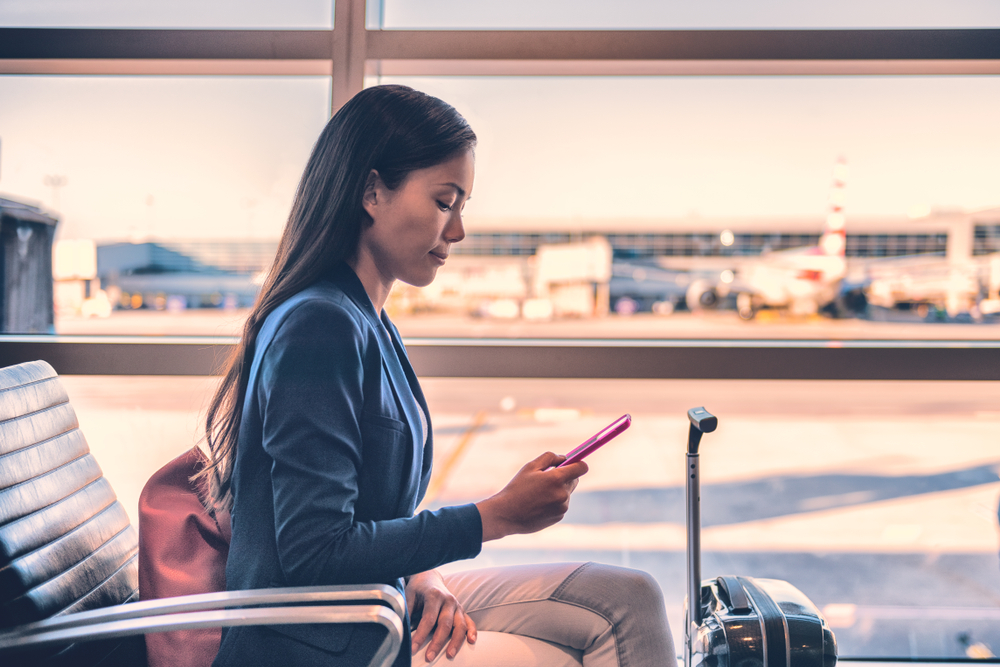 Anyone who has suffered through a travel snafu knows that besides getting in line to chat with a desk agent, the next best course of action is to call an airline so they can get help from a representative. But now, Frontier Airlines has announced that it will no longer be providing its passengers with phone support after it got rid of its customer service line last week, CNN reports.

Instead of being connected to an agent, customers who dial the budget carrier’s number will hear a recording instructing them to seek help by using other methods.

“We offer the lowest fares in the industry by operating our airlines as efficiently as possible,” says the automated message, per SimpleFlying. “We want our customers to operate efficiently as well, which is why we make it easy to find what you need at FlyFrontier.com or on our mobile app. We also have a chat service available 24/7.”

RELATED:
For more up-to-date information, sign up for our
daily newsletter. 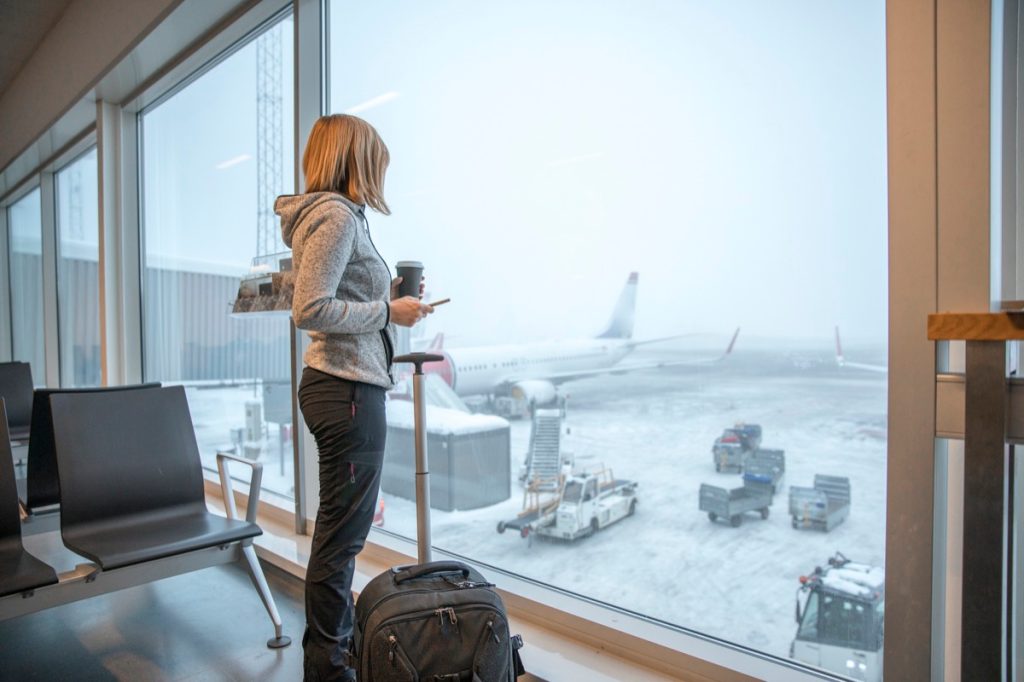 While it may seem like a drastic change, the move comes as part of the airline’s transition towards strictly digital forms of communication for its passengers. Now, customers will have immediate access to a chatbot on the company’s website for help with basic questions. Those who need more personalized service will be directed to the carrier’s social media channels or a dedicated chat line on the messaging platform WhatsApp, CNBC reports. Anyone looking to easily access the feature can have a link texted directly to their phone.

The company says that far from complicating customer service, the change will actually help to speed up its process of helping passengers.

“We are supporting higher labor rates in the voice channel, and we’re limited to this one-to-one interaction,” Jack Filene, senior vice president of customers for Frontier Airlines, said during an investor presentation on Nov. 15. He added that the same agents could handle three or more simultaneous requests at once compared to phone operators.

“Think about the most sort of obscure question a customer might ask that would take a call center agent many, many minutes to research and find an answer to. The chatbot can answer that very quickly,” he explained. 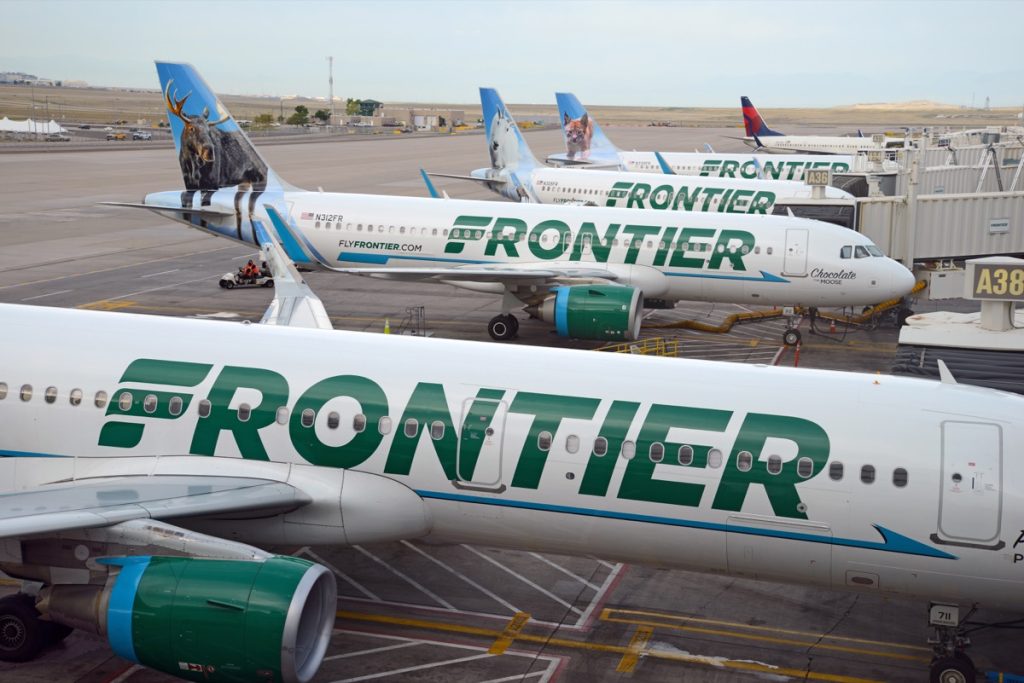 But Frontier isn’t the first aviation company to drop its customer service line. In 2018, low-budget carrier Breeze Airways took to the skies only offering customer service via email, text, and other messenger options, CNBC reports. So far, the company says the unorthodox offering hasn’t hampered the passenger experience.

“With online options, our average Guest request is completed within 15 to 20 minutes,” Gareth Edmondson-Jones, a spokesperson for Breeze, said in a statement.