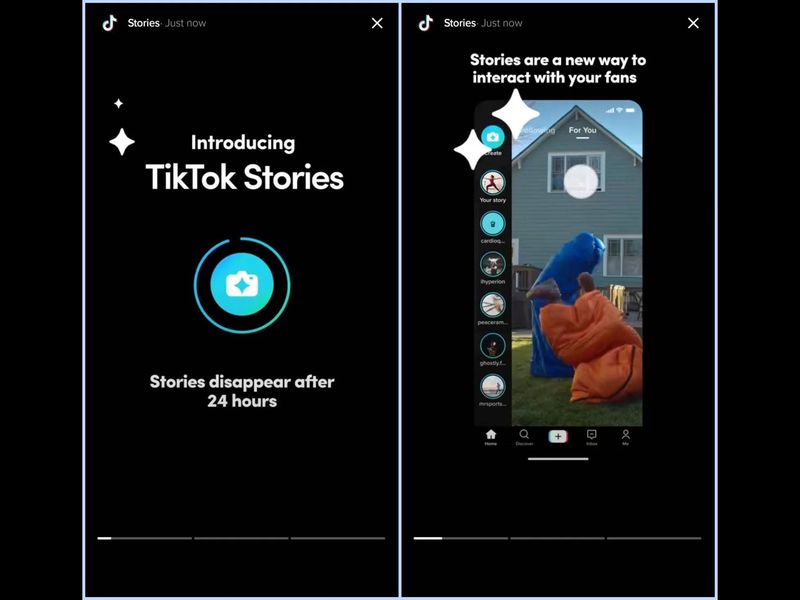 TikTok is testing a new video Stories feature, a format that borrows from Snapchat’s disappearing videos concept and comes just as Twitter shut down its own version called Fleets.

On Wednesday, TikTok confirmed that it was running an experiment that gives a subset of its users access to TikTok Stories. A TikTok spokesperson said by email that it was a small test and not widely available.

TikTok, the Chinese-owned app, has become a household name in the U.S., where most users share short videos. Most of the videos are served to users through a “For You” page, chosen by an algorithm that is finely tuned to people’s unique tastes. TikTok has said it has around 100 million users in the U.S.

Stories were first popularized by Snapchat as a way to share personal video diaries that did not linger on the internet forever, offering a degree of privacy, and they are automatically erased after a day. Stories have become a standard format everywhere from Facebook and Instagram to LinkedIn and Pinterest.

Brands and publishers have become familiar with Stories as a way to share their own content. Stories on Snapchat and Instagram often come with ad breaks, too. This year, Twitter tried to incorporate Stories into its app with a feature called Fleets, even though private videos were not necessarily a natural fit for the public communication platform.

On Tuesday, Twitter officially shut down Fleets, after the product failed to resonate with users.

TikTok’s rivals are used to borrowing video formats and functionality, too. Instagram, Snapchat and YouTube all developed video products that seek to mimic the appeal of TikTok’s “For You” page. Instagram has reels, YouTube has Shorts and Snapchat has Spotlight.