In a significant development, micro-blogging site Twitter on Thursday suspended all accounts related to Afghanistan’s caretaker President Amrullah Saleh. Under this action, Twitter has suspended operations of Afghan President’s official handle – @Afghanpresident and his party Afghanistan Green Trend’s (AGT) handle – @AfgGreenTrend. The latest development comes as Saleh continues to mobilise forces to counter the Taliban takeover of Afghanistan. The caretaker President is holed up in the Panjshir province, which is yet to fall into the hands of the Taliban.

It is important to mention that even as Twitter bans Amrullah Saleh and accounts of his party, the Taliban continues to remain active on its platform. Twitter hosts several accounts of Taliban leaders who boast of scores of followers on the platform. Taliban spokesman Zabihullah Mujahid who has an active presence on Twitter enjoys more than 310K followers which are growing by the hour. Another spokesman, Qari Yousaf Ahmadi, has more than 63K followers, while Suhail Shaheen has over 350K. All accounts have been gaining prominence for regularly tweeting about the capture of cities by the Taliban and sharing videos of press conferences by the group’s leaders which have drawn hundreds of responses from supporters on Twitter. 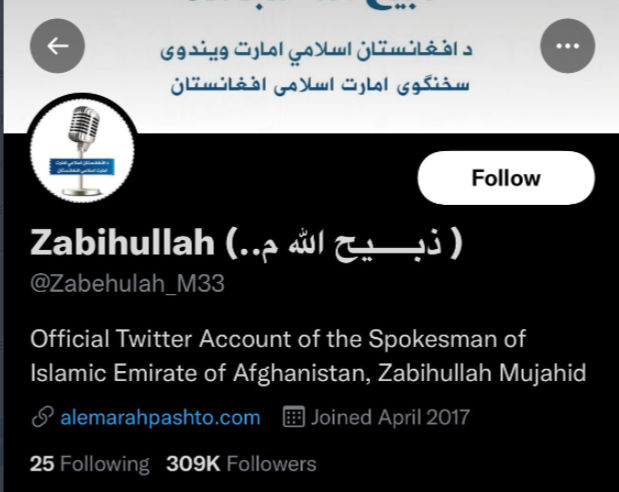 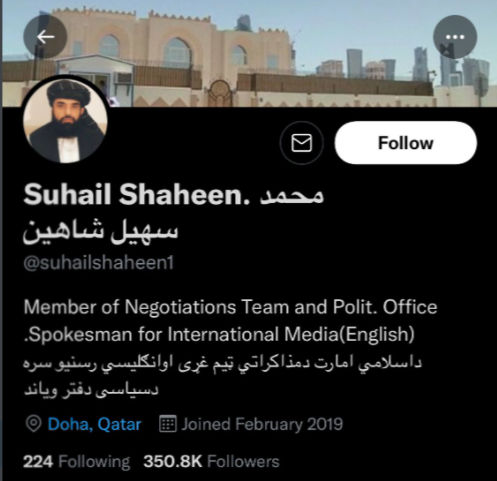 Most social media and tech giants such as Facebook, WhatsApp and TikTok have moved swiftly to ban the Taliban and its supporters from using their platform. Twitter on the other hand has refrained from taking outright action against the militant group. Amid the Afghanistan crisis, the site has said that it was constantly monitoring the situation and was ‘vigilant’ with regards to the content that was being shared on its platform.

On being asked if Twitter would join Facebook, TikTok and other tech companies in banning the terror group, a spokesperson said in a statement it would “continue to proactively enforce” its rules on the “glorification of violence, platform manipulation and spam.”

Unlike Twitter, Facebook has taken a hardline stance against the Taliban and has banned the Islamist fundamentalist group and its supporters from using its platforms. In a statement, the company said that it considers the group to be ‘a terrorist organisation’, according to a PTI report. The company added it has a dedicated team of Afghan experts to monitor and remove content linked to the insurgent group.