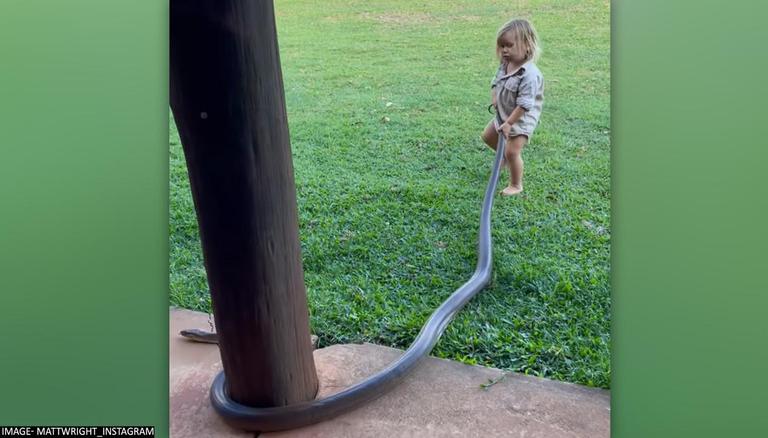 A video has surfaced on the internet that shows a child grabbing the tail of a snake with his hands. The two-year-old toddler in the video tries to pull the snake on the grass. The video has been shared by Matt Wright on Instagram. The clip has caught the attention of netizens who have a variety of reactions to the clip.

Toddler tries to move the snake

Since being shared on the photosharing site, the video has garnered over 379,260 views and several reactions. The video has grabbed the attention of social media users who flooded the comments section. One user commented, “This is why I don’t go to Australia”. Another user commented, “I love this family..watching Banjo with Matt and Kaia is pure joy.. this is life”. Another user wrote, “He’s teaching her not to be afraid and to respect the animal gently and humanely at such a young age. That’s awesome. Like a young Steve Irwin”. Check out some user reactions: 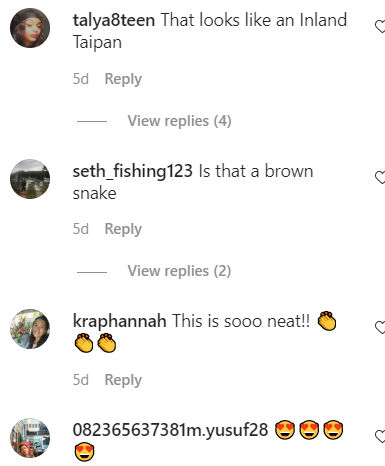 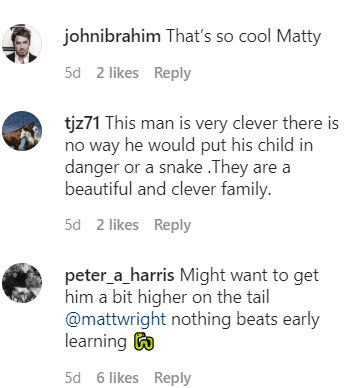 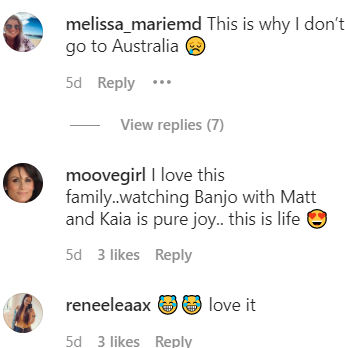 Last month, a video was doing rounds on the Internet that involved a man and a beautiful rainbow snake. In the video, a rainbow snake is seen slithering and wrapping around the man’s body, while the snake’s handler and others around him watch the scene unfold. The video was shared by an Instagram user Jay Brewer, who is a zookeeper. The video shows Brewer, who introduces a multi-hued snake named MyLove and takes it out of a box. With the assistance of two other people, he then transports the reptile into a house. They then gently place the snake on a blindfolded man sleeping on the floor, as seen in the video.

Take a look at the video: