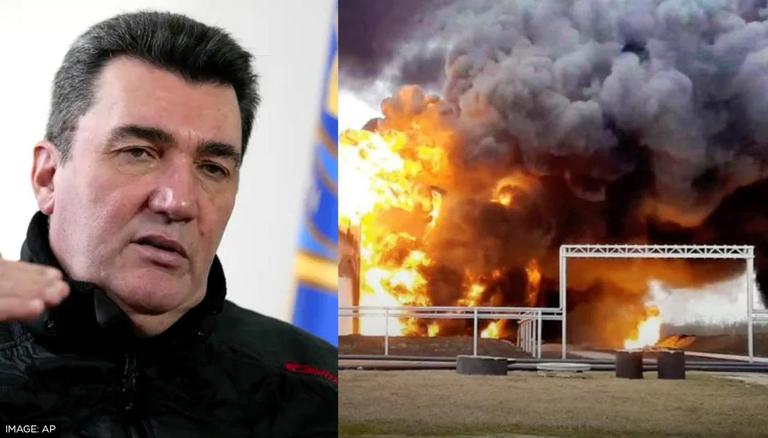 A massive explosion shook a Russian fuel station in the city of Belgorod near the border in the early hours of Friday amid the ongoing Russia Ukraine war. Russia said that Ukraine had attacked the facility, but Kyiv denied any involvement.

Ukraine’s national security council secretary, Oleksiy Danilov, denied responsibility. He said that the Russian charges against them do not correspond to reality.

“For some reason, they say that we did it, but in fact, this does not correspond with reality,” he said on Ukrainian television according to the Associated Press.

Earlier, Ukraine President Volodymyr Zelenskyy’s adviser Oleksiy Arestovich while speaking about the fire at the Russian fuel depot said “We are carrying out defensive operations on our territory. Russian authorities bear responsibility for everything that happens on Russian territory,” AP reported.

“(Russian Authorities) must figure out what’s going on in Belgorod,” he said. “Maybe someone smoked in the wrong place. Maybe there was something else. Maybe Russian troops are sabotaging orders and don’t want to enter Ukrainian territory by available means,” Oleksiy Arestovich said.

Two Ukrainian Mi-24 helicopters entered Russian airspace “at a very low altitude” and targeted a civilian oil storage facility on the outskirts of Belgorod, according to Russian Defense Ministry spokesperson Igor Konashenkov. While blaming Ukraine behind the attack on the Russian fuel depot in Belgorod, he said, the facility was providing petroleum “to civilian transport only. The oil base has nothing to do with Russian armed forces.”

Speaking to reporters at the United Nations, deputy ambassador Dmitry Polyanskiy said the attacks “reflect the real intention of the Ukrainian side and the real intention for any peace talks and gestures that could lead to certain openings.”

According to the Associated Press, some Russian social media users were surprised that Ukraine could still conduct such an attack and get past Russian air defences.