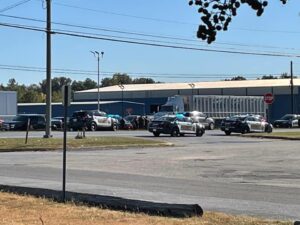 UPDATE: On October 21, 2021, at approximately 2:04 p.m., officers from the Charles County Sheriff’s Office responded to a residence in Welcome for a person threatening to harm himself.

Prior to officers’ arrival, the individual fled the residence in his vehicle, armed with a shotgun. A lookout was broadcast to responding officers. Cpl. B. Saunders located the vehicle on Crain Highway and Theodore Green Boulevard in White Plains.

The vehicle abruptly pulled over just prior to Demarr Road. The individual was taken into custody without incident and transported to a hospital for treatment.

Officers immediately began to look for the individual and his vehicle.

It was reported on a social media news page that there were threats to harm the employees at a daycare, however, at this point in the investigation it appears the man did not make threats to harm anyone other than himself. Shortly after, officers located and apprehended the man in the area of Crain Highway and Demarr Road in White Plains without incident.

More details will be released when available. 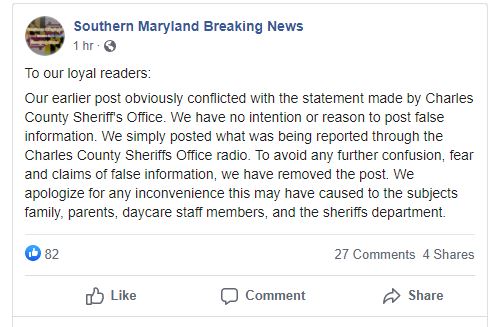