Get caught up on the latest technology and startup news from the past week. Here are the most popular stories on GeekWire for the week of May 30, 2021.

Sign up to receive these updates every Sunday in your inbox by subscribing to our GeekWire Weekly email newsletter.

Most popular stories on GeekWire

Rajeev Rajan first came to the Seattle area as a Microsoft intern in 1994, and ended up staying with the company for 23 years. … Read More 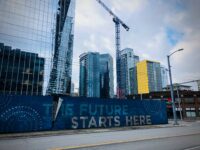 The plywood is coming down, restaurants that survived are adding hours and vehicle traffic in Seattle is growing from the ghost-town levels of one year ago. … Read More

TerraPower, PacifiCorp and Wyoming Gov. Mark Gordon announced plans on Wednesday to build a next-generation nuclear power plant on the site of one of the state’s retiring coal plants. … Read More 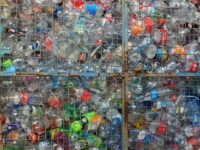 Humans produce more than 6 billion tons of plastic every year, and its accumulation in landfills and oceans is considered by many to be an environmental crisis. … Read More

Construction giant Katerra, which has raised more than $2 billion in venture capital, is shutting down, according to a report from The Information. … Read More

The gift I best remember from my high school graduation was a pale blue stuffed whale. … Read More