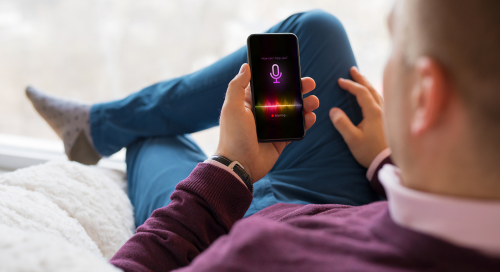 The increasing popularity of interactive voice advertising and audio formats from social media platforms has led to the introduction of new metrics called say-through rates (STR). Like click-through rates (CTR), STR measures engagement, but for voice ads instead of clicks in emails or ads. Peter Vahle, forecasting analyst at Insider Intelligence, calls voice an “ad format to watch,” with positive signs from say-through rates a reason for advertisers to stay familiar with the format and watch for developments.

Say-through rates are a measurement of verbal engagement with voice ads.

Yes, say-through rates will be an important measurement as voice ad campaigns grow in popularity.

As noted on a recent eMarketer Behind the Numbers podcast, which featured a discussion of STR, consumer excitement can mask how effective an ad format may be in the long run. STR data should give advertisers more insight into voice campaign performance and their audiences. Plus, as machine learning and artificial intelligence with interactive voice ads get better, consumers will be able to reply to ads to tell brands when they aren’t interested. The future of interactive voice ads even includes conversations. STR metrics offer another set of data points that can improve targeting and inform ad spend. Measurement of voice ad effectiveness will become increasingly important with the uptick in audio formats from Facebook and Twitter and many advertisers eyeing opportunities in this growing social trend.