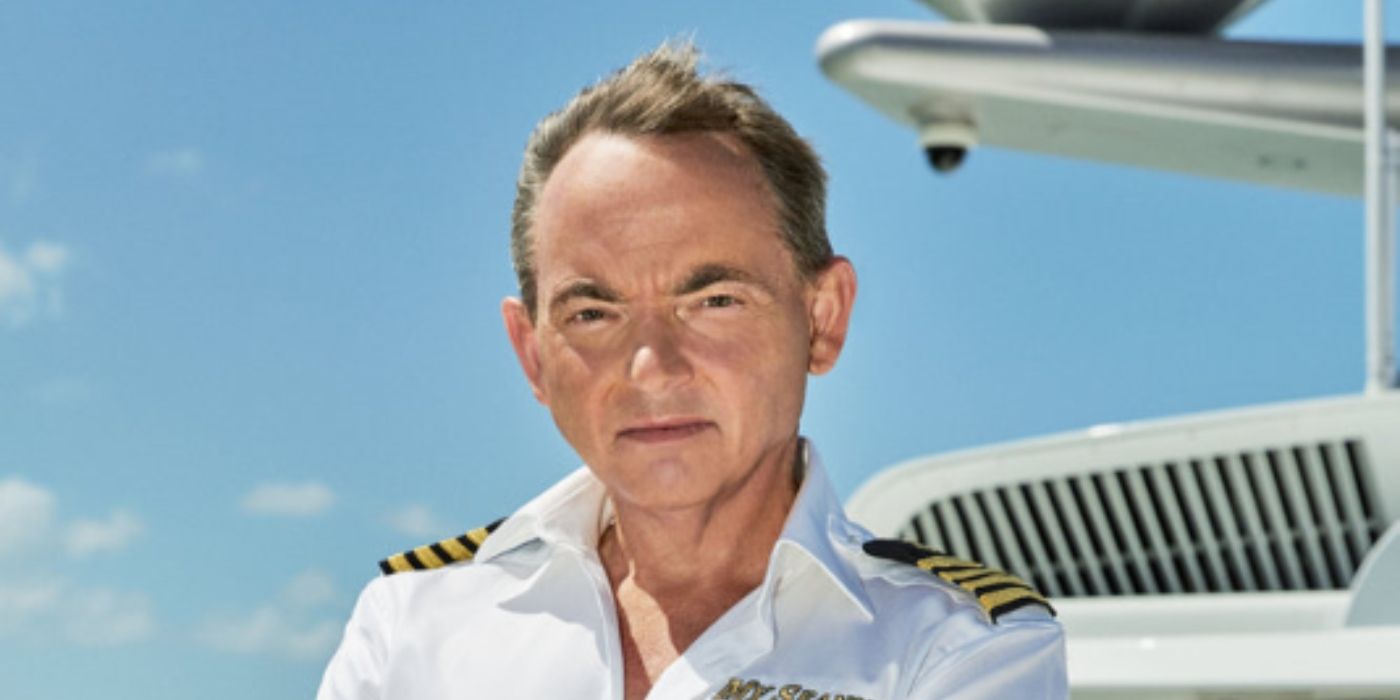 Bravo has cast Sean Meagher to replace Captain Lee on Below Deck season 9. Now, fans want to learn everything there is to know about Captain Meagher.

Captain Lee Rosbach is taking some much-needed time off during Below Deck season 9, and Bravo has replaced him with newcomer Sean Meagher. For eight seasons, Captain Lee has been featured as the main captain on Below Deck. Now, fans want to know everything there is to know about the new sea captain before this yacht sets sail in season 9.

Bravo’s Emmy-nominated hit series is set to return with Below Deck season 9. This time around, the My Seanna will be sailing the Caribbean waters of St. Kitts. Eddie Lucas is making his way back to the superyacht and will be acting as first officer. Chef Rachel Hargrove has also committed to taking part in the new season after a less-than-impressive freshman year on the show. There will be some fresh meat working on the boat, which will include Heather Chase as the new chief stewardess. The two stews will consist of Jessica Albert and Fraser Olender. The deckhand will be rounded out by Jake Foulger, Rayna Lindsay, and Wes O’Dell. The talk of the ship for episode 1 will be figuring out where exactly Captain Lee is. As Bravo reports, he got stranded on land and asked Captain Sean Meagher to oversee the ship. Naturally, there will be department boatmances and cabin crew fights, only proving that the crystal clear water of the Caribbean can easily be churned up.

Related: Below Deck Med: Lloyd Spencer Reveals His Worries About Coming Out On TV

Bravo may be keeping a tight lid on who Meagher is, but he’s actually the perfect person to replace Captain Lee on Below Deck season 9. According to My Seanna’s Charter Index page, Meagher was once incommand of the yacht and served as the charter captain. The captain’s bio explains that Meagher was born and raised in Cape Cod and was given his first boat when he was 8 years old. Interestingly enough, the new Below Deck season 9 star is one of the youngest captains to ever work for Hy-Line Cruises, which is a local ferry company.

Meagher has sailed to the polar ice caps and the South Pacific, which means that he carries quite an impressive resume. Meagher is also impressive off-land, as he has completed a five-year mission to photograph wildlife. Overall, Captain Meagher is all about helping mother earth. He’s partnered with The Ocean Voyages Institute and has spoken around the world about the dangers of plastics in the ocean. Captain Meagher is said to be very hands-on in his approach and works tirelessly to make the customer’s journey memorable.

Fans can already see that Meagher knows his stuff and may catch the Below Deck crew off guard with his micromanaging and hands-on approach to running the yacht. Meagher holds a USCG Master’s Unlimited Tonnage all-oceans license for both sail and power. Now, he will embark on a new journey as Bravo’s newest reality TV star. There is no doubt that Meagher will be able to navigate the waters just fine, even with a camera in his face.

Next: Below Deck Med: Why Mzi Thinks Yachting Diversity Has ‘A Long Way To Go’

Jennifer is an avid Reality TV follower and is fluent in all Real Housewives drama along with the ups and downs of the 90 Day Fiance sagas. When she is not writing she enjoys traveling the world in search of the best beaches! Jennifer has been writing for over 15 years and would like nothing more than to have a proper sit down with the women of RHONY to ‘Make It Nice.’